Samsung Galaxy A90 has been seen in various leaks and just yesterday the smartphone’s renders were surfaced online. Now that we have taken a great look at the device, it’s alleged specifications have been tipped on Weibo. 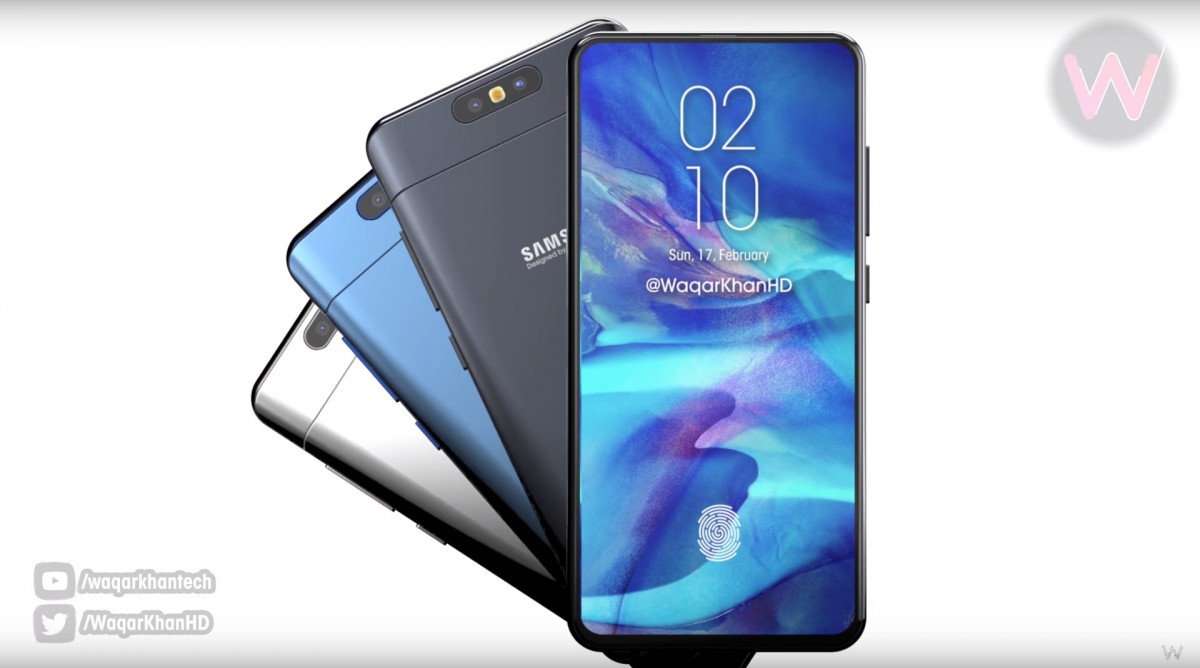 According to the Weibo post, the Samsung Galaxy A90 will sport a 6.7-inch full-HD+(1080X2400) OLED display without any notch. This means the smartphone will be totally bezel-less.

In terms of cameras, the phone will feature three cameras and will be housed in a rotatable module. There will be a 48-megapixel lens, 8megapixel lens, and a ToF lens. When the module is rotated at the front it can be used for selfies.

Under the hood, the Galaxy A90 is powered by a Qualcomm Snapdragon 7150 SoC paired with probably 6GB of RAM and 64GB of internal memory(expandable via MicroSD card).

The Samsung Galaxy A90 is scheduled to launch on April 10 along with some other A series smartphones.

Stay Tuned for more updates on Samsung Galaxy A90 and also Subscribe to Our YouTube Channel Gadget Gig For Latest News, Reviews, Unboxing and Tips/Tricks.

Galaxy A90 samsung Samsung Galaxy A90