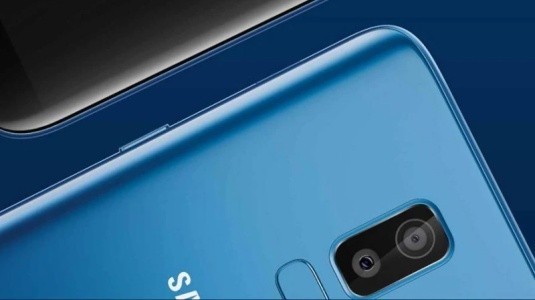 Samsung is soon going to introduce a bunch of new smartphones in the market under the M-series. This new M-series will be a midrange series in which we will see some decently powered smartphones. Recently a Geekbench result reveals some information on a new Samsung device with model number ‘SM-M205F’ which we believe is the upcoming Samsung Galaxy M2 from the new M-series.

According to the Geekbench result, this smartphone is powered by Samsung’s latest Exynos 7885 chipset which we already saw on some of the Samsung A-series smartphones. It also reveals that the device will come with just 3GB of LPDDR4x RAM and most likely 32GB Onboard storage, which is actually quite less for a smartphone of this type. But we expect this to be a base variant of the Galaxy M2 and we may see a 4GB RAM and 64GB memory option available. The device will run on Android 8.1.0 Oreo out of the box and Samsung’s custom UI on top of it. 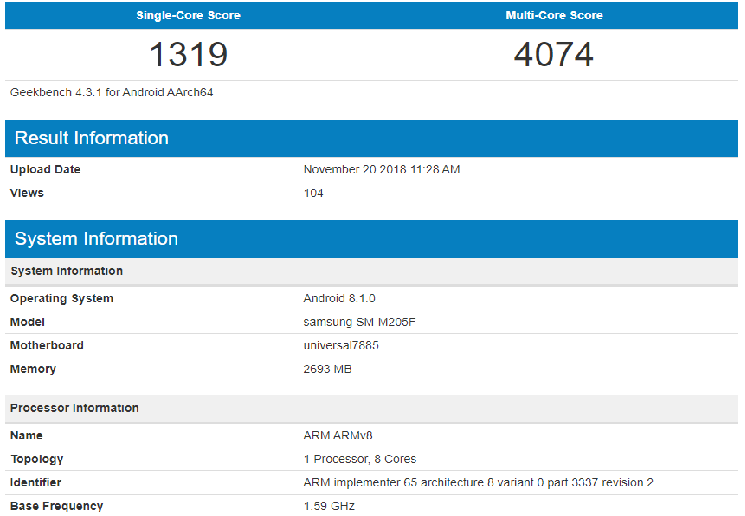 Now all of this looks pretty good and the benchmark results prove it. The Samsung Galaxy M2 smartphone has a single-core score of 1319 and a multi-core score of 4074 which is decent enough to match with the Qualcomm’s Snapdragon 660 and MediaTek’s Helio P60 SoC’s.

Exynos 7885 is a quite capable chip as it comes with a base frequency of 1.59GHz and has Mali G71 GPU which is stellar and we see it in numbers as well. Now with this kind of power in the Samsung Galaxy M2, we expect that the smartphone will perform very smooth and fast.

Other than this, the Samsung Galaxy M2 will be a good competitor in the market if it ships at the right price but we still don’t know much about the smartphone so let’s wait till the next batch of leaks on this smartphone.

Till then Stay Tuned for more updates on Samsung Galaxy M2 smartphone and also Subscribe to Our Youtube Channel Gadgetgig For Latest News, Reviews, Unboxing and Tips/Tricks.