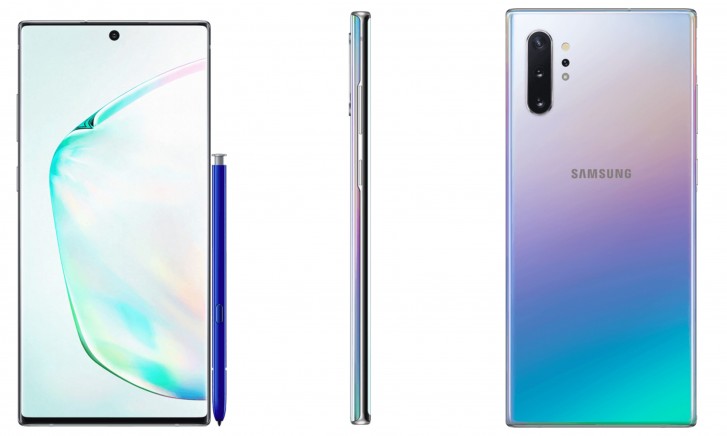 At the front of both the phones, we see a hole-punch camera with extremely fewer bezels on all sides. The rear features the triple camera setup on both the smartphones. As said earlier, the only difference in the Note 10+ is the additional ToF sensor. However, the screen size and some internal changes are expected.

Both the Galaxy Note 10 and Galaxy Note 10+ will come with an under-display fingerprint sensor instead of a physical scanner. This will be a great upgrade from the last year’s Note 9 smartphone.

Other than this, some specifications of the smartphones were leaked previously. The Samsung Galaxy Note 10 and Note 10+ should come with the latest Exynos and Snapdragon chipset. Possibly the Snapdragon 855 in the Qualcomm part of things. The Galaxy Note 10 is expected to sport a 6.4-inch display whereas the Galaxy Note 10+ will sport a larger 6.7-inch display. Due to the fewer bezels, the phone is going to be a massive phablet in hands. There will also be a 5G variant of both the smartphones coming later this year.

There’s still a couple of weeks left for the launch of the smartphones on August 7, and now that everything has been revealed, we expect some concrete leaks on the pricing of the phones.