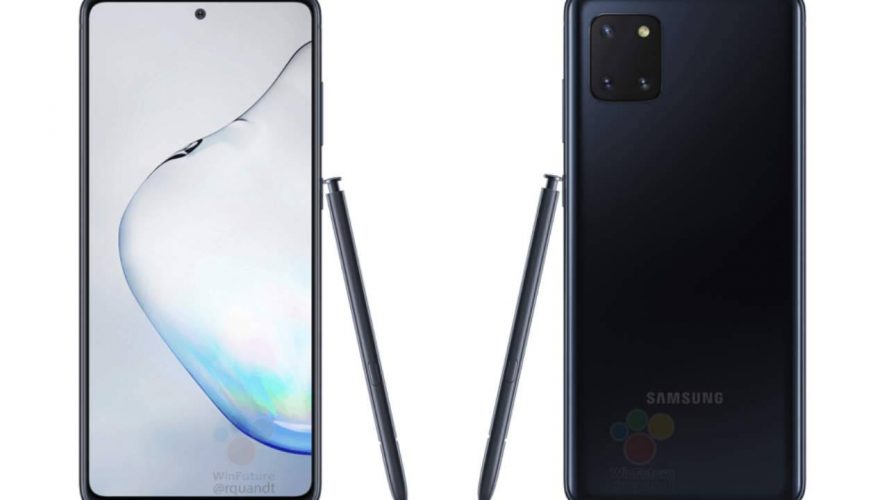 Samsung Galaxy Note 10 Lite will be the last Samsung smartphone launching in 2019 and it has been in the leaks for a while now, it has been rumoured several times, leaks were also surfaced on the internet, and now some more details on the Lite flagship have been outed. Let’s take a look at all the details.

The Samsung Galaxy Note 10 Lite’s renders have been spotted and it confirms the presence of a flat hole-punch display. The smartphone will feature minimum bezels and will have the earpiece at the top of the edge.

The leak also reveals the rear design of the smartphone, it has a triple rear camera setup at the top left and also has a LED flash beside the sensors. We get to see a Red, Black and Gradient colour variant here with power buttons and volume buttons in the same colour itself. Moving to the stylus, the classic Note series stylus also comes in the same theme as the smartphone.

Other than this, the smartphone’s specs were rumoured earlier. The Samsung Galaxy Note 10 Lite will come with a 6-inch Super AMOLED panel with minimum bezels. It will feature a triple camera setup consisting of two 12MP sensors and the third 16MP primary lens.

Rumours also point out an unknown octa-core SoC which is said to be accompanied by 6GB of RAM and 128GB of internal memory. The smartphone will run Android 10 out of the box with Samsung’s One UI on top of it.

That’s what we know so far, but the launch is expected to be at the end of this month where we will know more about the smartphone.