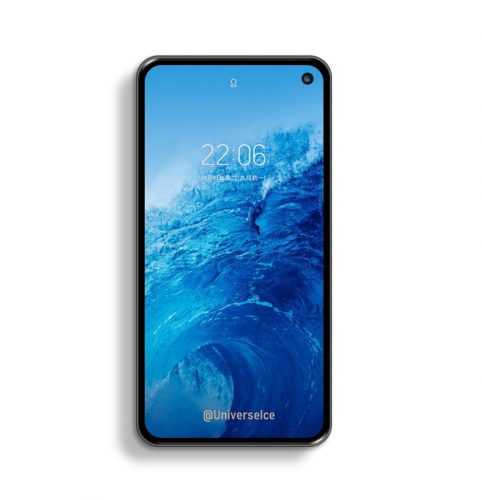 A recent news suggests a Galaxy S10 Lite model which will come with almost same looks and some similar specifications but will be downgraded in some aspects.

Thanks to @IceUniverse, we now have the renders of Samsung Galaxy S10 Lite along with the display screen of the device. The renders point out a flat screen S10 Lite with no bezels. This will be interesting as it will be a Lite model of Galaxy S10 which will be priced low but at the same time it will maintain S10’s design.

Just like the Galaxy S10, the Lite model will also feature a punch hole camera placed on the top right of the display. The smartphone will skip on In-display fingerprint sensor on this model and instead of that, it will have a side-mounted fingerprint sensor. Looking at the render, it is expected that it will feature Face Unlock or Iris Scanning option as security.

There are not many leaks that talk about the Samsung Galaxy S10 Lite and so we have limited information on it. But in the coming weeks, we expect to get more details on the Galaxy S10 Lite. Once it is out, we’ll be the first one to update you on the same.