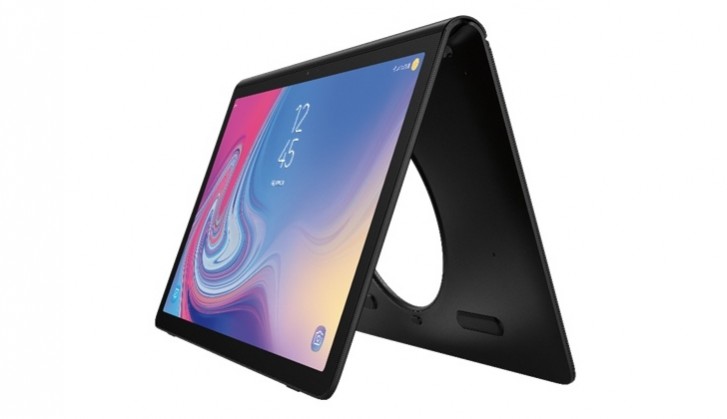 Samsung Galaxy View 2 was in the news last year in September where it was seen on a Bluetooth and Wi-Fi certification but since then we haven’t heard anything about this giant tablet device. Now after almost half a year we have received it’s press renders which look gorgeous.

The Samsung Galaxy View 2 is a giant tablet device featuring a 17.5-inch full HD display with standard bezels. This is smaller than it’s predecessor’s 18.4-inch display. It will come with a hinged stand that can rotate to 30 degrees when opened.

Under the hood, the device will come powered by Exynos 7885 chipset with 3GB of RAM and the storage is expected to be 128GB. It will run on Android 9 Pie out of the box and Samsung’s own UI on top of it.

The Galaxy View 2 with model number SM-T927A is expected to debut on AT&T carrier and is also expected to launch globally soon after the release in the United States.