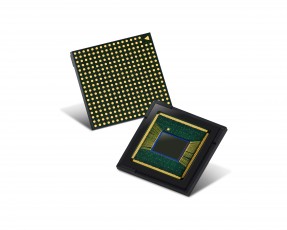 Sony has been popular for its 48MP sensor which is now seen in most of the mid-range smartphones. Not just mid-range even some budget smartphones like Realme 3 Pro and Redmi Note 7 Pro has the same sensor. This has made smartphone segments competitive as Sony’s 48MP sensor is the only camera sensor which manufacturers are choosing these days. But now to compete, Samsung has finally announced its own 48MP sensor as well as the more powerful 64MP sensor.

The new Samsung sensors are said to change the smartphone camera game completely. Both the sensors will offer a sharp and clear image. The 48 MP ISOCELL Bright GM2 sensor is updated to capture even more detail. It will now capture more light in bright environments and will also have better autofocus.

On the other hand, the 64 MP ISOCELL bright GM1 sensor will be a new and even more powerful sensor based on Tetra cell binding technology. This 64MP sensor is said to provide 16MP low-light images by merging four pixels into one. It also supports full-HD video recording up to 480 frames per second. There is also real-time HDR support.

Other than this, both the new sensors are expected to be mass produced this year and we can see them in smartphones coming in late 2019 or directly in 2020.