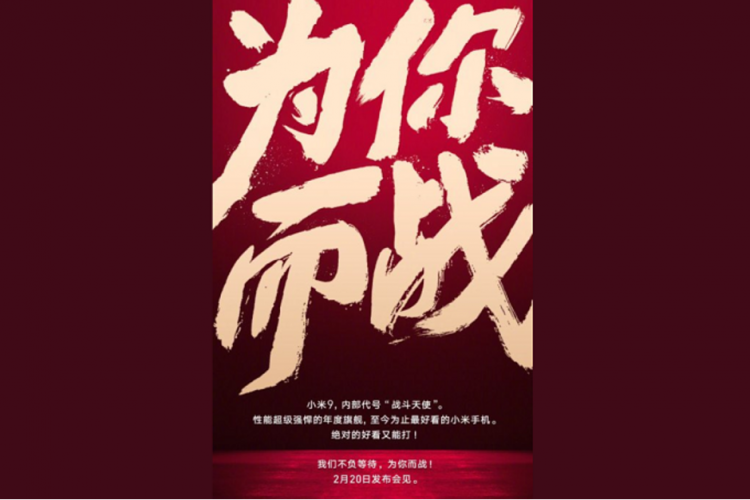 This Could Be Xiaomi’s Worst Decision: Mi 9 Unveiling Set On the Same Date As The Galaxy S10

Xiaomi Mi 9 smartphone has been in the leaks for very long and it’s specifications and details were tipped earlier. However, the launch date of the phone was a question, but now the company themselves have revealed the official launch date of the device.

Did Xiaomi Made A Mistake?

In the image we can see the triple camera equipped Xiaomi Mi 9 and also it’s launch date. The launch date of the device is set for February 20.

Another post on Weibo by the Co-Owner of Xiaomi Lei Jun was seen revealing a few details about the smartphone. Most importantly the launch date of the smartphone was again seen here. So both the posts on Weibo shared the exact same date that is February 20.

To recall, Samsung has scheduled the highly anticipated smartphone Samsung Galaxy S10’s launch on the exact same date as Mi 9. This means the most popular flagship smartphone and Xiaomi’s flagship phone will compete with each other. This might be a wrong decision by the company as it’s not surprising that most of the world will be excited for the Samsung Galaxy S10 launch rather than the Mi 9 smartphones launch.

Specifications, Pricing, And Other Details:

The Xiaomi Mi 9 smartphone will be powered by Qualcomm Snapdragon 855 SoC paired with 6GB of RAM and 128GB of internal storage.

One highlighting feature is that it is said to feature a In-display fingerprint scanner and a physical fingerprint sensor as well.

Another highlight is that it could come with 27W fast charger as the company claims that it will can be charged more faster than the Redmi Note 7’s 18W charging speeds.

Also Read: 8 Best Tech Gifts For Your Valentine: From Kindle To PlayStation 4 Pro