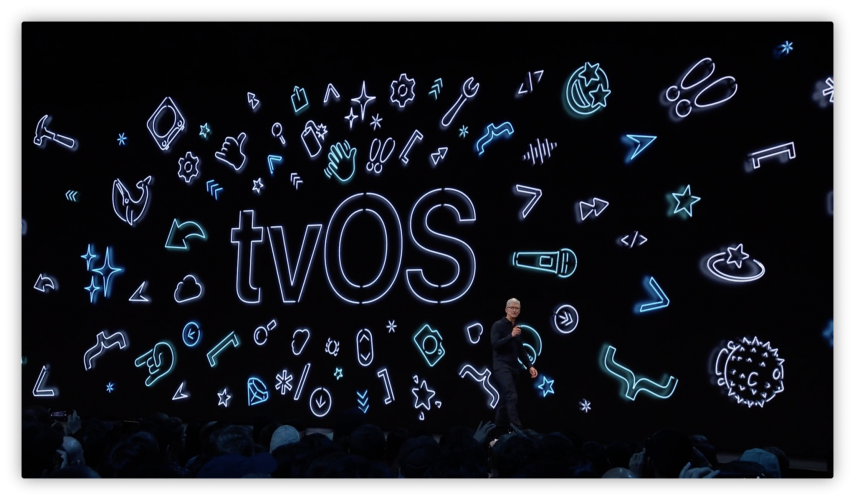 Apple announced it’s tvOS 13 at the Worldwide Developers Conference(WWDC) 2019 event. The new tvOS brings some major changes and updates to the UI.

The tvOS 13 comes with a new home screen layout with a more refined look that welcomes the user with live previews of the shows. So now the overall user interface looks much better than the previous tvOS version.

Now Apple TVs will natively support gaming controllers such as the PlayStation 4 and Xbox controllers. This is great for users who want gaming with the same console controller. The connection process is also fairly simple.

Other than this, the tvOS 13 now supports Multi-users which was a much-anticipated feature. So now users can use the Apple Tv independently. Apple also launched its streaming service, the Apple Tv+ that was leaked several times and now it’s finally in action. “For The Mankind” will be the first show streaming on Apple Tv+ and some other exclusive shows will be coming soon.

Stay Tuned for more updates on WWDC 2019 event and tvOS 13 and also Subscribe to Our YouTube Channel Gadget Gig For Latest News, Reviews, Unboxing and Tips/Tricks.