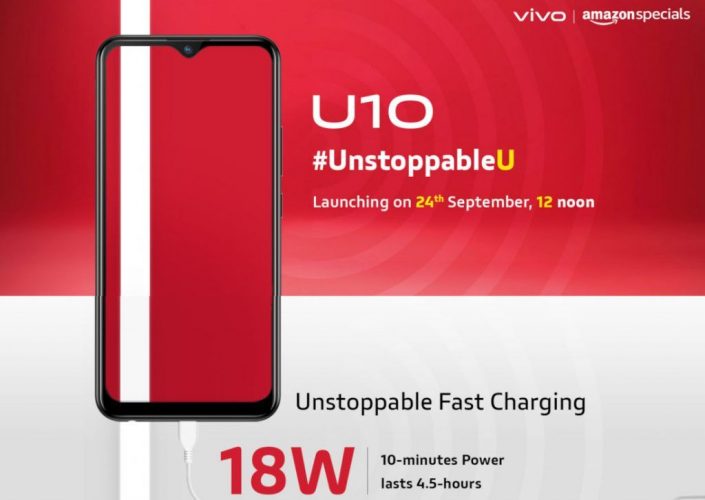 Vivo is all set to introduce its new U-series in the Indian market on September 24. The company is expected to launch Vivo U10 as hinted by the Amazon listing. The smartphone is said to come with full-screen display, fast charging support, and decent hardware. 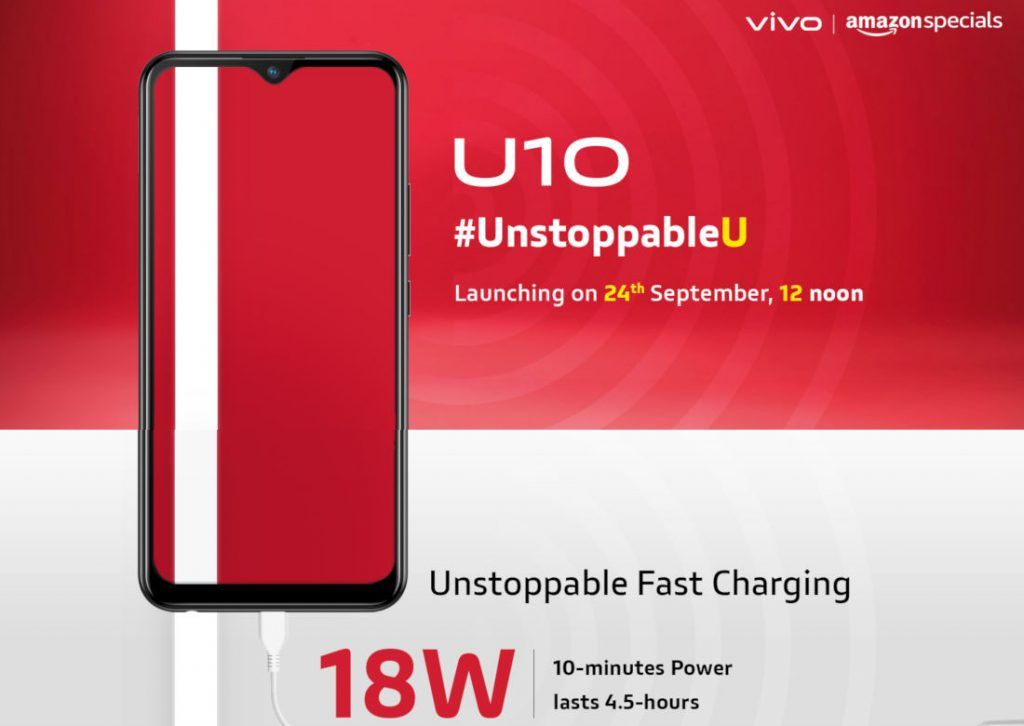 The Amazon listing mainly focuses on the fast charging support it equips. The Vivo U10 smartphone is claimed to provide 4.5 hours of usage with just 10 minutes of charging. The teaser poster also reveals the meaning behind the U-series, it states that ‘U’ stands for ‘Unstoppable’.

Other than this, there are no more details on the teaser poster but some of its specs were tipped previously. Let’s quickly take a look at them. The Vivo U10 is said to be a budget smartphone and is expected to debut with Qualcomm Snapdragon 600 series SoC, probably Snapdragon 660 is happening. The device is also expected to come with a base 3GB of RAM.

It will sport a water-drop notch display with minimum bezels. In terms of optics, it will not have any fancy triple or Quad camera offering. The device will come with a basic dual camera setup. Other specs are – Android 10, massive battery, and 18W fast charging support.

Stay Tuned for more updates on the new Vivo U10 and also Subscribe to Our YouTube Channel Gadget Gig For Latest News, Reviews, Unboxing and Tips/Tricks.