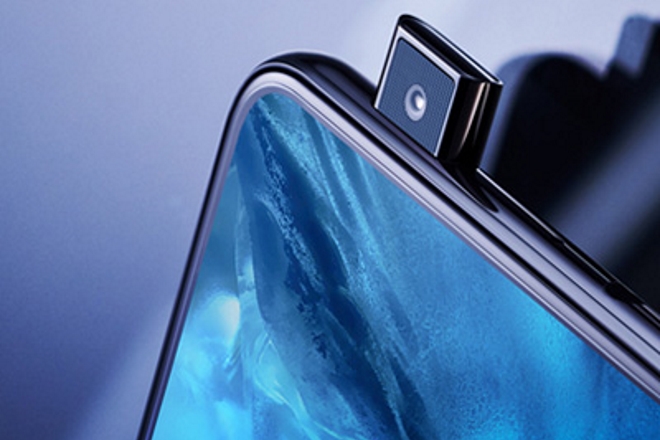 Chinese smartphone manufacturer Vivo is expected to launch a new smartphone with a pop-up camera possibly the Vivo V15 Pro in India as the company has sent out media invites for an event on February 20.

The media invite was recently received by several media’s in India and we expect it to be the invite for the launch of Vivo V15 Pro smartphone. The Vivo V15 Pro will be a successor of Vivo V11 Pro but with improved internals and some advancements.

Other than this, the invite doesn’t highlight on other major specifications of the device but we know some of its specifications as past few leaks were all of it.

The Vivo V15 Pro will come with a 6.4-inch OLED display with Full-HD+ resolution. It is said that the smartphone will come with an In-display fingerprint sensor which is not a surprise as it’s predeccesor Vivo V11 Pro also came with it.

In terms of cameras, the Vivo V15 Pro will sport a dual camera setup and a front pop-up selfie camera. For now we only know the front camera megapixel count which is said to be 32-megapixel.

Under the hood, it will be powered by a Qualcomm Snapdragon SoC, however the exact chipset is not confirmed but will probably sport a 600 series SoC. This will be paired with up to 6GB of RAM and up to 128GB of internal storage.

It will house a 3500 mAh battery and will run on Android 9 Pie out of the box. It will run Vivo’s custom skin on top of it.

The Vivo V15 Pro smartphone is expected to debut at a starting price of Rs. 25,990 which is far more affordable than the Vivo NEX which was launched at a price of Rs. 44,990. It will be launching on February 20 in India.

This time around Vivo seems to bring a mid-range smartphone with a pop-up camera, unlike the Vivo NEX which launched last year with a premium price. Vivo will probably skip the NEX Dual Displays phone in India and instead introduce more affordable option which will be the Vivo V15 Pro.