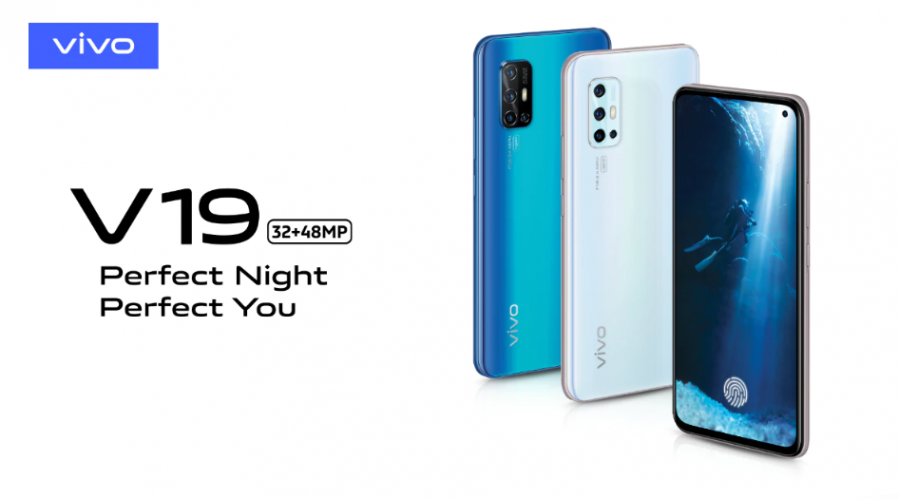 Vivo India has officially announced the launch date of the upcoming Vivo V19 smartphone. It will be a mid-range smartphone and an expansion to Vivo’s smartphone lineup.

Vivo V19 Smartphone To Launch On May 12 In India

The upcoming Vivo V19 smartphone has been scheduled to launch on May 12 in the Indian market. The mid-range smartphone was tipped to launch last month but due to coronavirus pandemic situation, the launch was delayed and now it is finally happening.

Some of the smartphone’s details were tipped previously, let’s take a look. The device will sport a 6.6-inch full-HD+ display with the modern aspect ratio. It will be an AMOLED panel which Vivo also calls as Dual View E3 Super AMOLED display.

It is said to come with four cameras at the rear consisting of a 48-megapixel primary lens. It will be accompanied by another 8-megapixel wide-angle lens, third 2-megapixel macro sensor, and fourth 2-megapixel depth-sensing lens. At the front, it will have a 32-megapixel lens for selfies.

Under the hood, it is expected to house a Qualcomm Snapdragon 712 chipset bundled with up to 8GB of RAM and 256GB of internal storage. It will feature a 4,500mAh battery with 33W fast charging support.

Other than this, the smartphone is expected to arrive under ₹25,000 price bracket and should soon be on an open sale.

Also Read: Vivo iQOO Z1 Could Be The First Smartphone To Pack The Latest Dimensity 1000+ Chipset; May Come With A 144Hz Display As Well