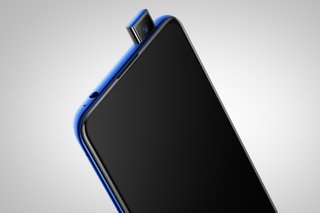 Vivo X27  smartphone is the upcoming mid-range smartphone from Vivo and they have scheduled the launch for March 19. The details of the smartphone have been out for a while now, but to top it off the company itself has shared some specs of the device. 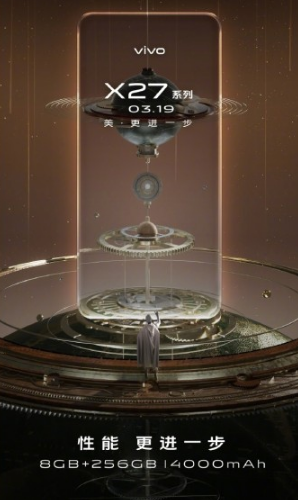 The company shared a poster which shows the launch date as well as some specifications. The launch date was tipped earlier and now it’s confirmed, but there were very few confirmed specs of the device. With these posters, most of the details are now confirmed.

The Vivo X27 posters confirm that it will house a bigger 4,000mAh battery and come in 8GB of RAM and 256GB of internal storage. The poster also confirms that the smartphone will come with a whopping 48-megapixel rear camera which is the main highlight of the device.

Other than this, it’s specifications were already leaked earlier. The smartphone will sport a 6.39-inch full-HD+ AMOLED display without any notch. In terms of cameras, it will feature three cameras at rear – 48MP+13MP+5MP. One of them will be a depth sensing lens. On the front, it will come with 16MP snapper house in the pop-up slider.

The major highlight of the phone will be its In-display fingerprint scanner. This will be one of the selling points of the device.

Under the hood, it will be powered by either Qualcomm Snapdragon 675 or Snapdragon 710, meaning it will come in two chipset variants. As said earlier it will speed up the phone with 8GB of RAM and 256 GB of Internal storage.

So most of the details of Vivo X27 smartphone are out, now we just wait for the official pricing which will be announced on March 19 in China.