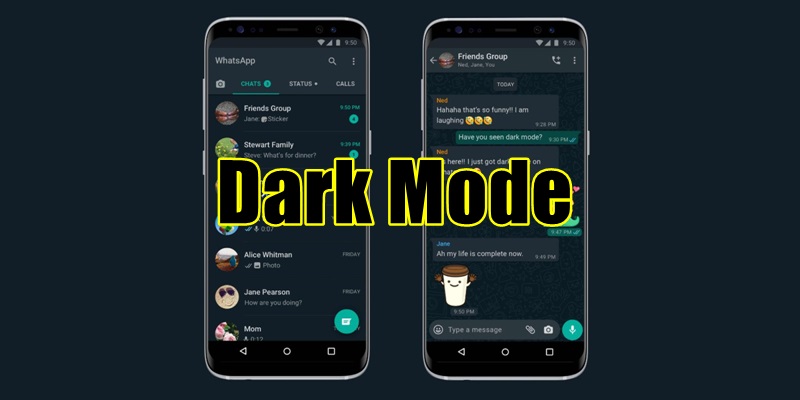 Whatsapp on Tuesday has officially launched the much-awaited Dark mode on Android and iOS devices. The Whatsapp dark mode update was in the beta stage for a very long time and now finally it has been outed to the public.

After Messenger and Instagram, Whatsapp was the application left for the Dark mode update. Today after a lot of tests the polished dark mode feature has been pushed.

To get it on your device, we recommend updating the application to version 2.20.30 on iOS and version 2.20.64 on Android.

On Android, users can turn it on by going into settings >chats > theme,  whereas, iOS users have to turn on system dark mode to turn on the feature.

The company claims that the dark mode has been pushed to reduce strain on the eyes while surfing in low-light. The company also says that they got a lot of requests for the update and therefore, they had to push the update.

The dark mode has been designed as such that it helps in reading texts at night or in low-light. On Android, it is of dark grey colour, whereas on iOS it of dark black colour.

Other than this, the company was also in the talks for planning a redesign for iOS app users. It has also planned a few changes for Android devices. For now, there are no updates on it but we expect to see a beta update soon.

Stay Tuned for more updates on Whatsapp and also Subscribe to Our YouTube Channel Gadget Gig For Latest News, Reviews, Unboxing and Tips/Tricks.