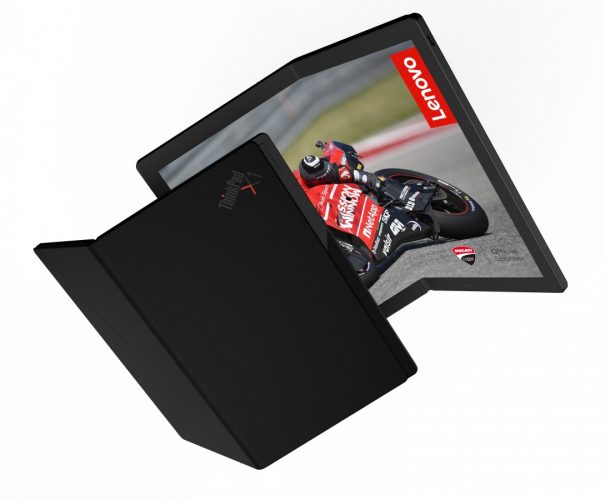 With smartphones catching the foldable trend, why should the Pcs’s or say laptops stay behind? Well, the laptops are already a foldable device you may say, but the display folding technology is the next step towards innovation and Lenovo has meant is it. The company on Tuesday announced the next ThinkPad series device. The Lenovo ThinkPad X1 is the world’s first foldable laptop/PC with OLED screen.

Lenovo hasn’t really talked much about the product in the past, but now as it’s out it’s catching the hype pretty fast. The Lenovo ThinkPad X1 sports a 13.3-inch OLED screen with a 2K resolution. It doesn’t house a physical keyboard and instead, it has a solid touch screen.

The laptop also comes with a Wacom stylus which can be useful for certain tasks. Mainly while illustrating, editing, taking notes and for touching up in Photoshop application.  The stylus can be clipped magnetically at the side of the device.

Other than this, the device comes with minimal bezels and houses an Intel-powered CPU, however, the exact CPU is unknown for now. Some other details such as pricing and availability are also yet to be known. But once it’s out we’ll be the first one to notify you on the same.

Also Read: The Mysterious Redmi Flagship That Surfaced Online Gets A Name; Called As The Redmi K20