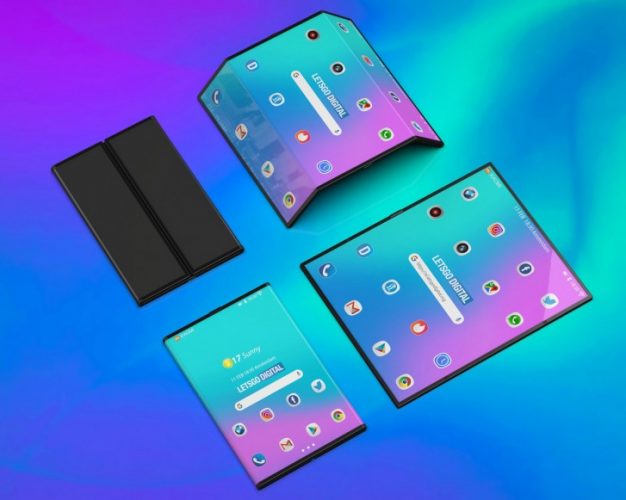 Xiaomi foldable phone was in works for quite a while now, but a piece of recent news suggests that it will launch soon and take over its competition, the Samsung Galaxy Fold and Huawei Mate X foldable smartphones.

Samsung’s Galaxy Fold and Huawei’s Mate X foldable phones are pretty good but they also come with hefty pricing, but now Xiaomi’s foldable smartphone is about the change that. According to a trusted source, the foldable phone from Xiaomi will cost just $999 which is half of the Galaxy Fold.

Along with the information, a few 3D renders are also been surfaced online. The render suggests a two-way folding mechanism instead of one-way as seen on the Galaxy Fold and Mate X. It will run on MIUI 10 based on Android 9 Pie.

The reports suggest that it will come with an OLED display and a flexible screen made by Visionox Technology. But it will be interesting to see if the OLED panel on this foldable phone is as good as the Galaxy Fold or Huawei Mate X foldable phones.

Other than this, the Xiaomi foldable phone will be powered by Snapdragon 855 chipset paired with up to 10GB of RAM and we expect it to come with 256GB of internal storage.