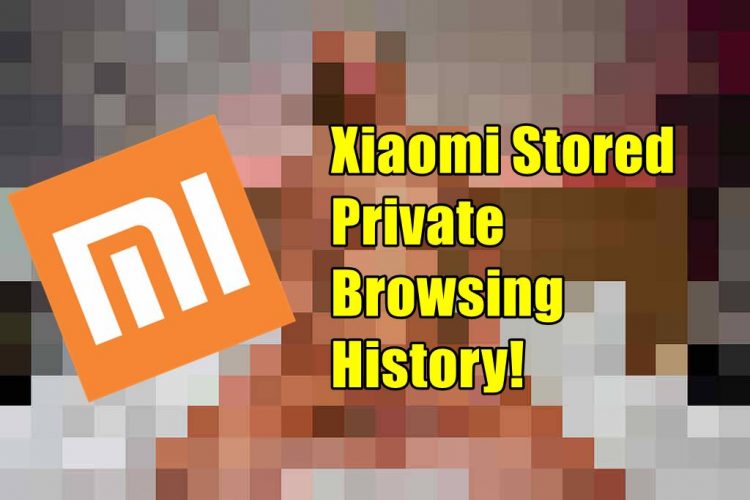 In the past, Chinese companies have been caught harvesting users’ data and analytics of their usage. Well, tech giant Xiaomi has also been spotted earlier and now, concrete proof of the data harvesting has been seen. A user online revealed that the company has been constantly monitoring his data and using it for third party usage.

Xiaomi Is Harvesting Users’ Data Even In Incognito

Gabi Carlig, a Redmi Note 8 user has exposed the data tracking done by the popular Chinese tech giant Xiaomi. Earlier, there were reports of the browsers collecting data of users’ web history and sites visited, but the company denied most of the time.

Taking this into consideration, a Cyber Security researcher did some investigation and he also found that the Xiaomi owned Web browsers are storing the data. The applications have also been storing analytics of the user.

Later, Carlig himself tried the same things on different devices and those devices were also spotted to harvest and share information with the third party. Even though the company has claimed data to be encrypted, still, the encrypted data was easily visible with an encoding called base64.

In response to these claims by Carlig, the company shared, ” The research claims are untrue,” and “Privacy and security are of top concern.” The company kept on denying the claims made by Carlig. Later on behalf of him, Forbes media contacted Xiaomi and shared the screen record video recorded by Carlig.

Carlig and a few other users also claimed that the music player application and some other Xiaomi owned applications were also harvesting data and sending over to the Chinese markets. After denying several times, Xiaomi is now yet to reply to some of these allegations.