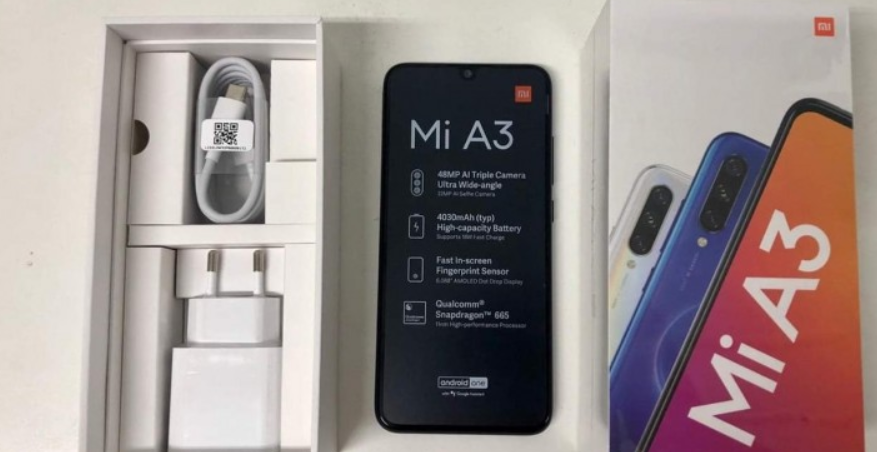 Xiaomi A3 smartphone seems to be very popular these days as leaks for it have been flooding. Just today the smartphone was spotted online showcasing its design and some important highlights. We also covered some other past leaks on the smartphone, but now the new leak shows off the live images of the phone and its box packaging. 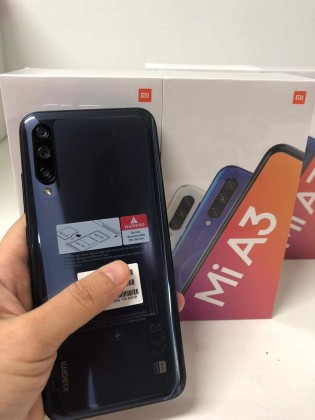 The retail box confirms the three colour variants, there are the White, Blue and a Black colour variant. The box also showcases the triple cameras on the Xiaomi Mi A3 smartphone. There’s also a Mi A3 branding on the retail box.

The box contents of the smartphone were also revealed,  besides the smartphone, there is a charging adapter and the Type-C cable. The smartphone’s transparent plastic on the screen reveals some of the specs as well. It sports a 48-megapixel primary camera at the rear and a massive 4,030mAh battery. One of the major highlights of the phone will be its fingerprint scanner, there is a Fast In-screen Fingerprint sensor and a Face Unlock as a security option.

Under the hood, it is powered by a Qualcomm Snapdragon 655 SoC paired with up to 6GB of RAM and 128GB of internal memory. Other than this, it is expected to come with a  6.08-inch FHD+ AMOLED display.

Now that these details have been leaked, we expect the launch date and pricing information about the smartphone. We expect it to happen soon, once it’s out we’ll be the first one to notify you on the same.