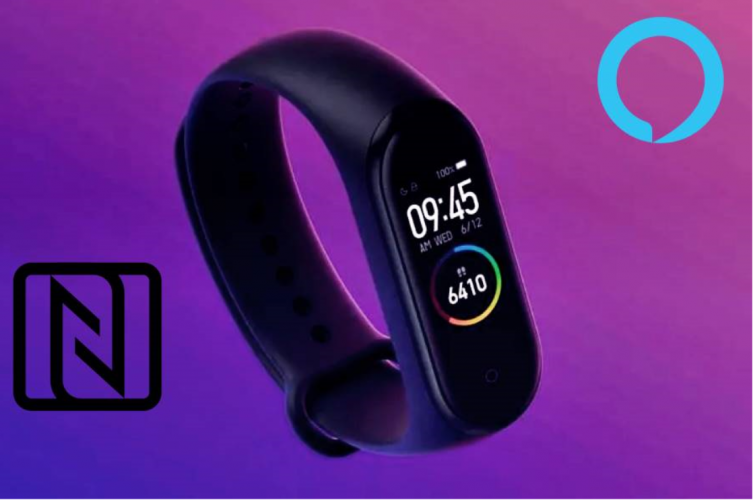 Xiaomi is expected to launch the upcoming Mi Band 5 fitness tracker this year. The smart band will be a successor to the Xiaomi Mi Band 4 and it has already been leaked several times on the web. But a significant leak hasn’t been outed, well, now the Band 5 has again hit the rumor mill revealing some of its major features and details.

According to the sources, the Xiaomi Mi Band 5 will debut with three highlighting features, SpO2 measurement will be one of them. The SpO2 feature will let users track the blood-oxygen saturation levels making users more aware of their health. The feature was also available in Band 4 and it is coming in the 5th iteration as well.

Alexa assistant will let users do certain tasks and most of the common languages are expected to be supported. The voice assistant will reply in the text as the Band will not have any sort of speaker setup.

Other than this, the NFC feature which was limited to China will now also be available in the global version. The Mi Band 5 will also come with some other improvements such as a bigger screen, better battery life, and probably some design changes.

Currently, there are no details on the launch date of the smartwatch but sources suggest the band to debut sometime in June this year. It will be initially available in China but the band would arrive in India and other regions before 2021.

Stay Tuned for more updates on the upcoming Mi Band 5 and also Subscribe to Our YouTube Channel Gadget Gig For Latest News, Reviews, Unboxing, and Tips/Tricks.