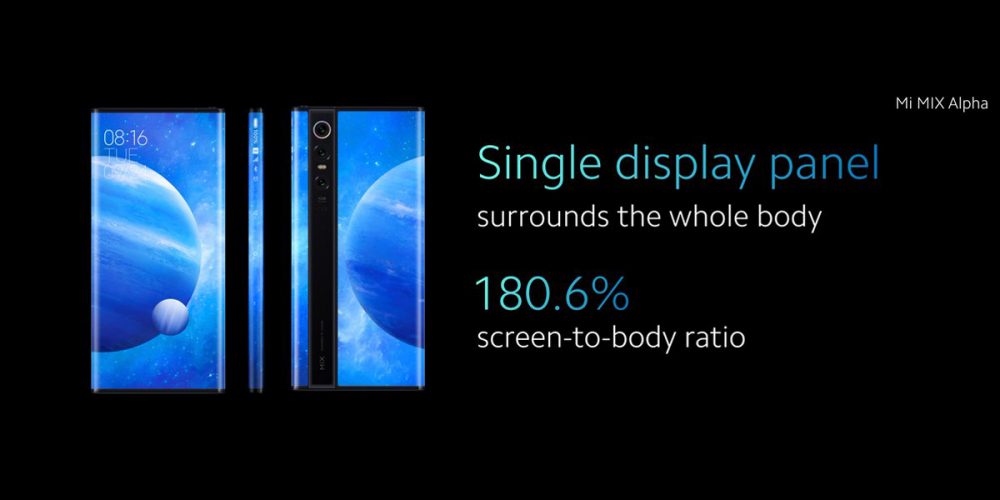 Xiaomi has been innovative since the first Mi Mix device that came back in 2016. It had an almost bezel-less screen and a clean look which made it one of the best-looking smartphone of the year. Fast forward to 2019, we have another batch of innovation from Xiaomi. The company today has announced Xiaomi Mi Mix Alpha phone with a interesting wrap-around screen and 108MP primary camera which is said to create heat in the market. 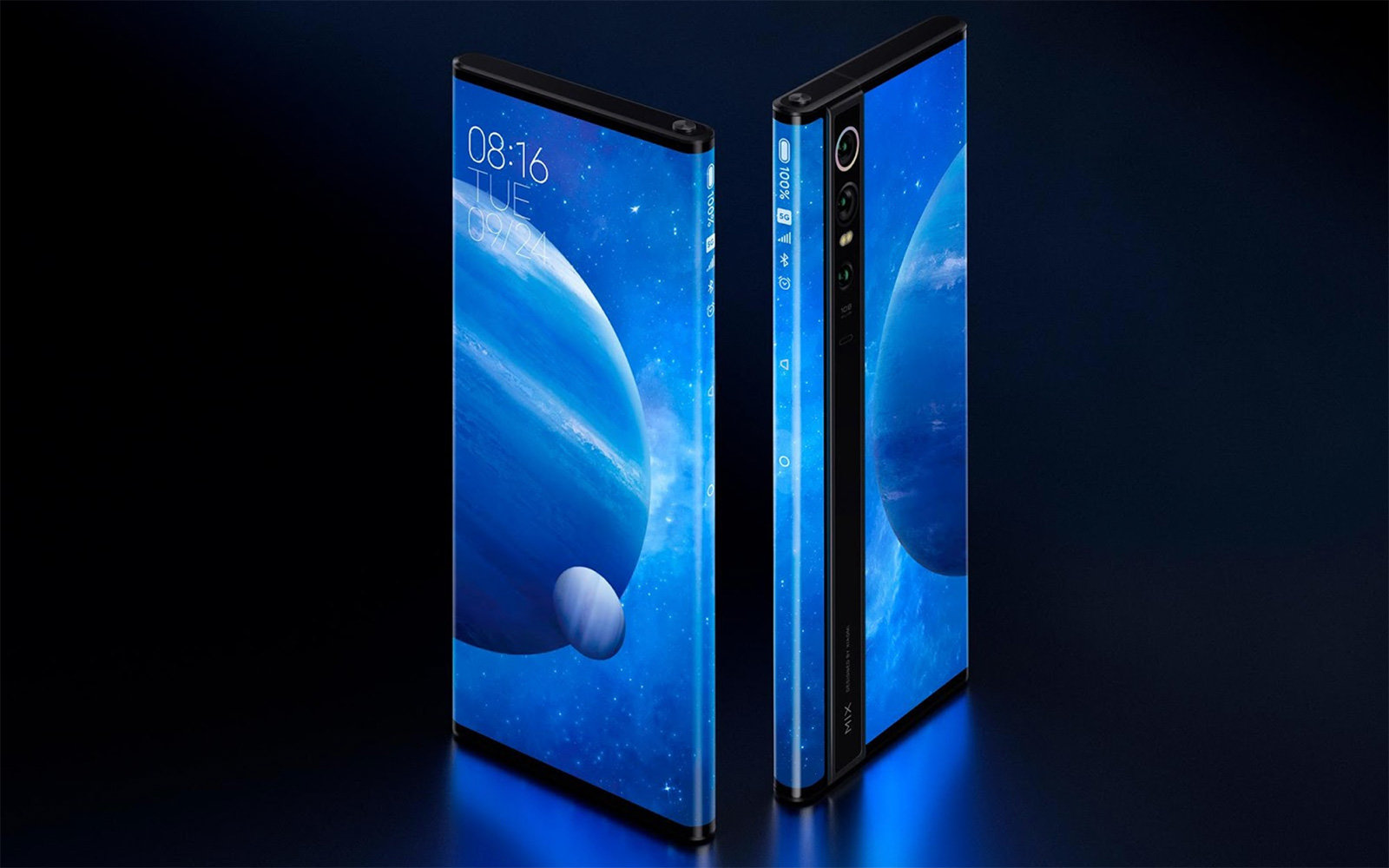 The Xiaomi Mi Mix Alpha goes out of the box in the foldable concept of smartphones. Though the company teased a picture comparing the foldable screens, we didn’t expect this crazy looking futuristic design. Let’s get into details.

The Mi Mix Alpha sports a large wrap-around display with an unbelievable 180.6% screen-to-body ratio. The smartphone looks gorgeous from the front while flaunting a weird yet good-looking design at the rear. The company says it features a 4D curved glass with almost bezels as thin as an outline. 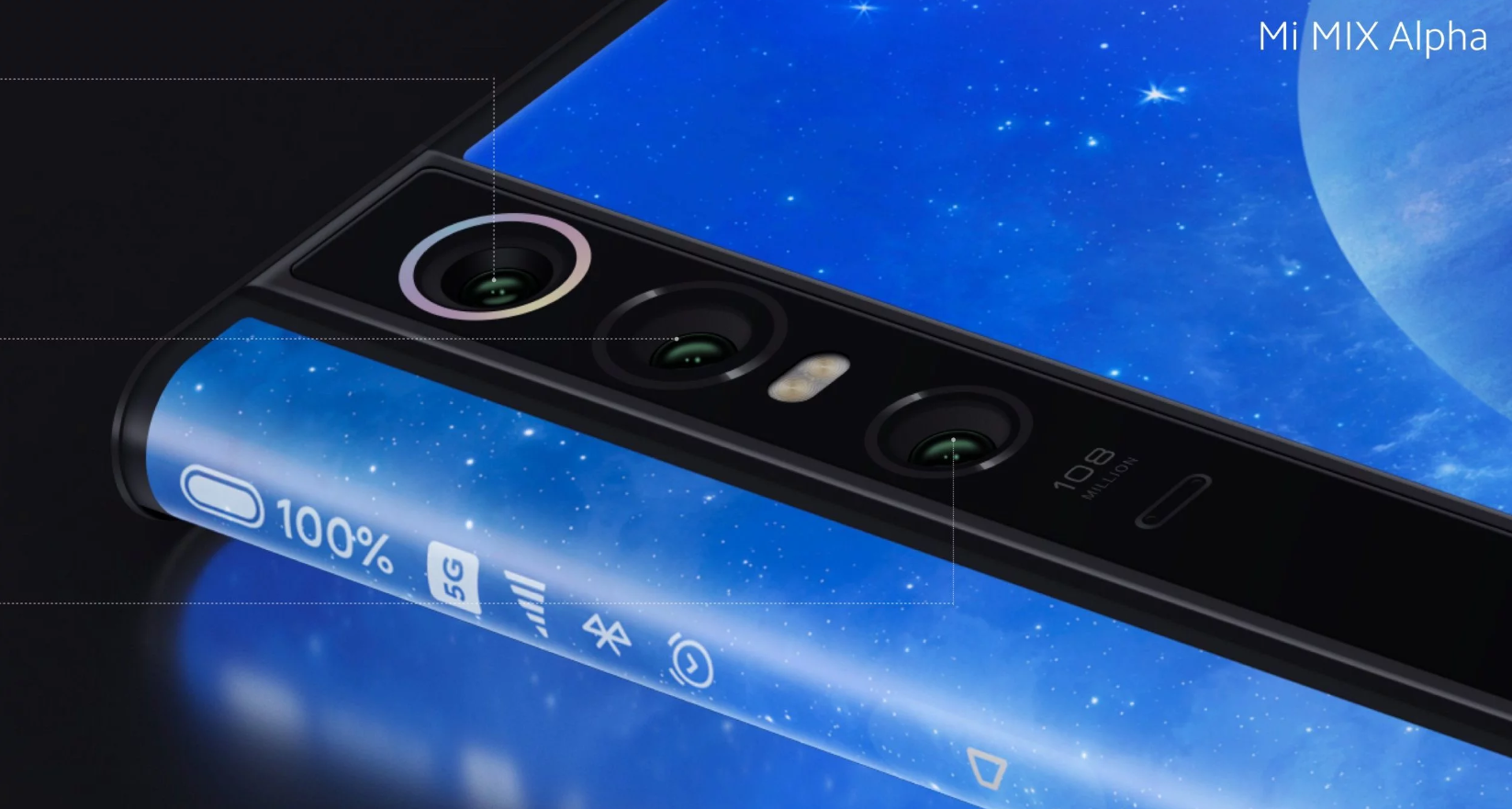 At the rear, it has a triple camera setup consisting of a massive 108-megapixel primary sensor that is said to output 27-megapixel images with the pixel-binning technology. There’s another 20-megapixel ultra-wide lens, and the third lens is a 12-megapixel telephoto sensor.

Under the hood, it rocks a Qualcomm Snapdragon 855+ SoC aired with 12GB of RAM and 512GB of internal storage. It houses a 4,050mAh battery with 40W fast-charging support via the in-box charger. The phone runs on Andriod 9 Pie out of the box with Xiaomi’s custom UI on top of it.

Other than this, Xiaomi claims that the Mi Mix Alpha is a strong device even though it looks a bit fragile. The company says it has an aerospace-grade alloy at the bezels which is said to be durable. The edges are also pressure-sensitive so rough use is possible here.

The Xiaomi Mi Mix Alpha will cost you CNY 19,999(roughly $2,800 or ₹1,98,500) which is crazy. But considering its fresh design and cameras at the early stage, some might want to spend their wallets to grab it as soon as possible. Well, the phone will arrive in store in December this year, so be ready to save some couple of extra thousand bucks for this piece of innovation.