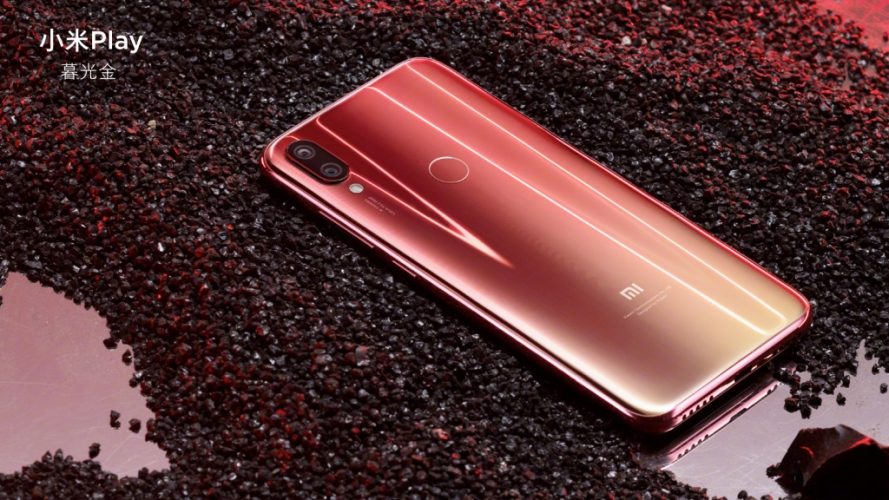 Xiaomi Mi Play smartphone’s launch is scheduled for December 24, i.e: tomorrow but few images have already surfaced ahead of it’s launch which reveals the device from the rear and also suggests some other details of the phone.

To remind, Xiaomi Mi Play will Xiaomi’s another powerful smartphone after Xiaomi Pocophone F1 with agressive pricing yet will pack powerful hardware.

Some rumours point out that the company will rebrand the Pocophone F1 and launch it with Mi Play branding. But some other leaks suggest that it will be a completely new phone.

The High-Resolution pictures surfaced by Xiaomi themselves confirm that Xiaomi Mi Play will be a completely new phone.

The Xiaomi Mi Play will be powered by a Qualcomm Snapdragon chipset, however, the exact chipset is unknow. It will launch in three RAM and storage options. A 4GB/64GB variant, a 6GB/64GB variant, and a 6GB/128GB variant.

There are no reports of an 8GB RAM variant as seen on Xiaomi Pocophone F1 but we expect it to come with 8GB RAM model as well.

According to some reports, the Xiaomi Mi Play smartphone will be bundled with 10GB of free mobile data.

The device will sport a 5.84-inch display with 19:9 aspect ratio screen. This phone will be special as it will be Xiaomi’s first phone with a water-drop or dew-drop notch display.

In terms of pricing and availability, the exact pricing of the device is unknown to us but few reports suggest that it will be a affordable phone. So expect a aggresive pricing.

The phone’s launch is set for December 24 in China, however, there are no details on Global or India launch.