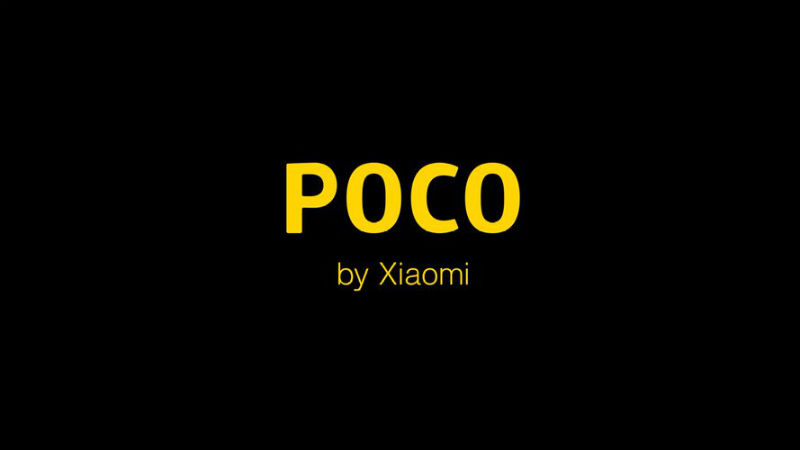 Yesterday Xiaomi launched Mi A2 in India which is an Android One phone, but now Xiaomi has confirmed that the sub-brand Poco will be soon launched in India. Xiaomi India Lead product manager Jai Mani recently tweeted “Today is a special day. I’m excited to start sharing more about the new project I’ve been working on. Wish me luck!” His tweet also included the logo of Poco. And after that the Tweeter Handle @IndiaPoco & @GlobalPocophone handle went live which confirms that the sub-brand would be launched Globally and also in India.

Today is a special day. I’m excited to start sharing more about the new project I’ve been working on. Wish me luck! @IndiaPOCO @GlobalPocophone pic.twitter.com/tZcAUjmgI5

We have already seen some leaks and rumours around Poco and specifically the Pocophone F1. The phone is said to be with 6.18-inch 1080p+ display with unusual aspect ratio of 18.7:9  and the phone have notch up in the front. In terms of memory it will have 6GB RAM and 64GB/128GB Storage option.

Talking about the Camera the phone will have Dual rear camera setup where we 12MP+5MP setup. The 12MP sensor will have an aperture f/1.75 and there is also Dual Pixel autofocus. In the front it is said to have a 20MP front shooter with Super Pixel tech. The phone will be powered by Snapdragon 845 with liquid cooling system. And in terms of OS the video by SlashLeaks shows that it will have the latest MIUI.

Here is video uploaded by SlashLeaks

Stay tuned for more update and news on the Poco & Pocophone and Subscribe to our YouTube Channel Gadget Gig For Latest News, Reviews, Unboxing and Tips/Tricks.