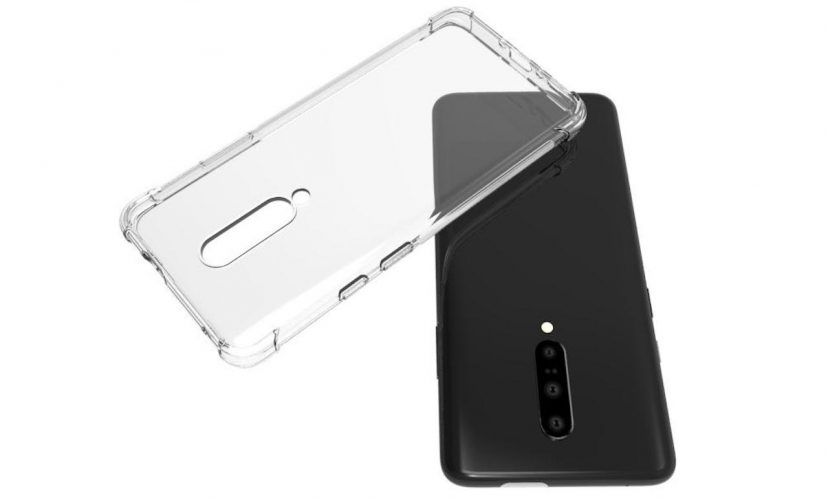 OnePlus 7 has to be the most anticipated devices of 2019 and the leaks and renders just cannot stop. Many images of the device have been found surfacing on the Internet and it just keeps on getting interesting. A new render of the alleged OnePlus 7 has been found, although, it’s not the device this time around but a case for the OnePlus 7. The case renders of the device were found by GizmoChina which showcases a triple rear camera setup and a dedicated space at the top for a pop-up selfie camera which seems to be the trend every smartphone manufacturer is catching on.

Also, there are two more cutouts at either side of the cases which are believed to be for the volume rocker and the alert slider as well as the power button. GizmoChina were able to release some of the images showcasing the OnePlus 7 Case in all its glory. The case in the image seems to be made of polycarbonate material and the cutouts are very similar to the leather case render we stumbled upon earlier.

In other news, OnePlus CEO Pete Lau in a recent Weibo post also suggested that a true wireless earbud is most likely to be launched alongside the OnePlus 7, also, the device won’t be coming with wireless charging which can be a bummer for some. Going by the recent rumors, the OnePlus 7 is expected to be powered by an octa-core Qualcomm Snapdragon 855 SoC and will come with 5G has previously mentioned by OnePlus Executives. What are your thoughts on the new addition of pop-up selfie camera on the OnePlus 7