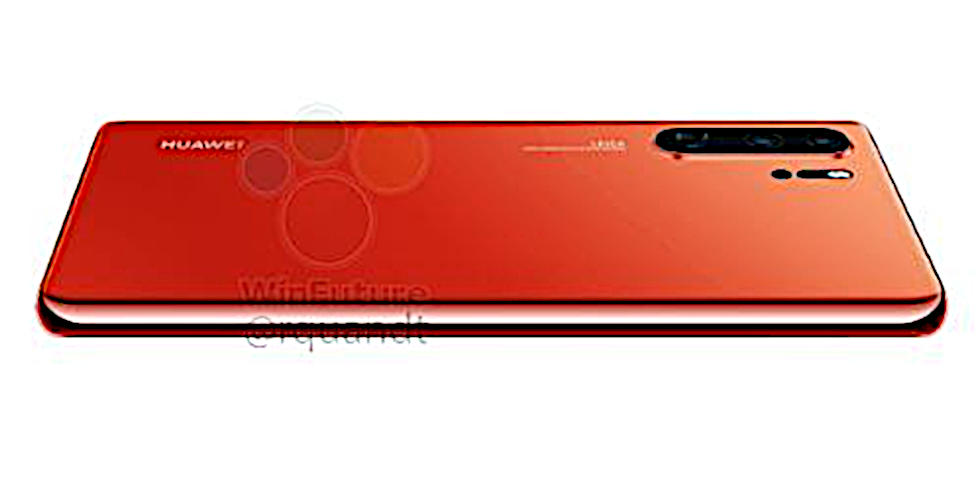 Huawei has been quite busy with its latest launches and to top that off, the company is about to offer its top-notch Huawei P30 Pro. Leaks and renders of the device have been coming through for the past few weeks. The device is set to launch on March 26 and amidst that, the device has been leaked yet which shows the device in a fiery red variant which is called as the Sunrise color.

Previous leaks of the Huawei P30 Pro have shown us different color variants such as the Black variant, Ice White and Aurora. The Sunrise variant joins them, the color seems to have a gradient finish with a deep tone of red heading towards the USB Type-C port. As of now, reports suggest that this variant will be a limited edition and will most probably available in certain markets.

Renders from folks at WinFuture suggest the final output of the device will most likely be similar to the previous leak. The device will be coming with a quad camera at the rear and a curved display with the WaterDrop notch. Under the hood, the P30 Pro will be powered by the Kirin 980 SoC coupled with 6GB/8GB RAM. The device is also said to run on Android 9.0 Pie based on EMUI, the company’s in-house OS.

The Huawei P30 and P30 Pro launch are scheduled for March 26, the event will take place in Paris. Stay Tuned to this space for more details on the device.