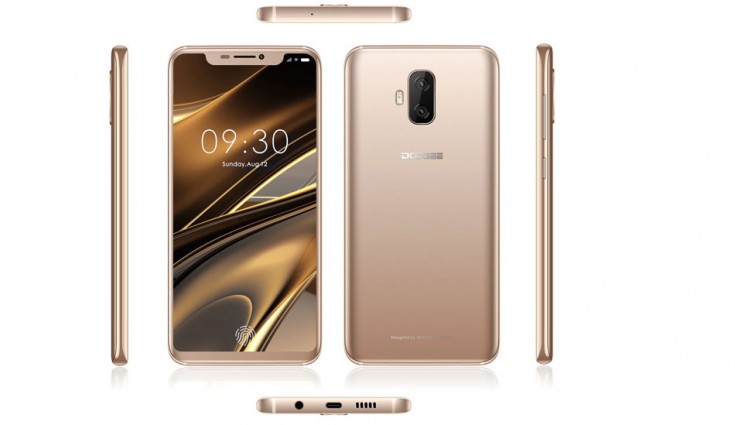 In a recent announcement Chinese mobile phone manufacturer, Doogee has revelaed its latest phone Doogee V.  Company has also published a video on there official YouTube Channel flaunting the design and a most awaited feature on-screen fingerprint reader. There was also a picture of the phone tweeted by Evan Blass although the phone is not officially launched yet.

According to the picture and the video on YouTube the Doodgee V has the Fingerprint Reader on the Screen. If the company is actually going to launch it than the Doodgee will be the first mobile manufacturer to have it on the phone. Right now we have seen the fingerprint sensor is either on the back or rear of the phone and some cases on the side power button.

In other features the phone will have the a huge 6.2 inch Display that will have the HD resolution. And in the pictures it has the iPhone X notch on the top. There are dual camera setup along with dual led flash.

In terms of connectivity as of now we can see it has the USB type c port and a 3.5 mm headphone jack. As of now we do not have the information about the full specifications and the price of the phone and According to the reports the company is all set to unveiled the Phone during the CES 2018 this year.

Are you excited to have the on-screen fingerprint reader. Comment below.