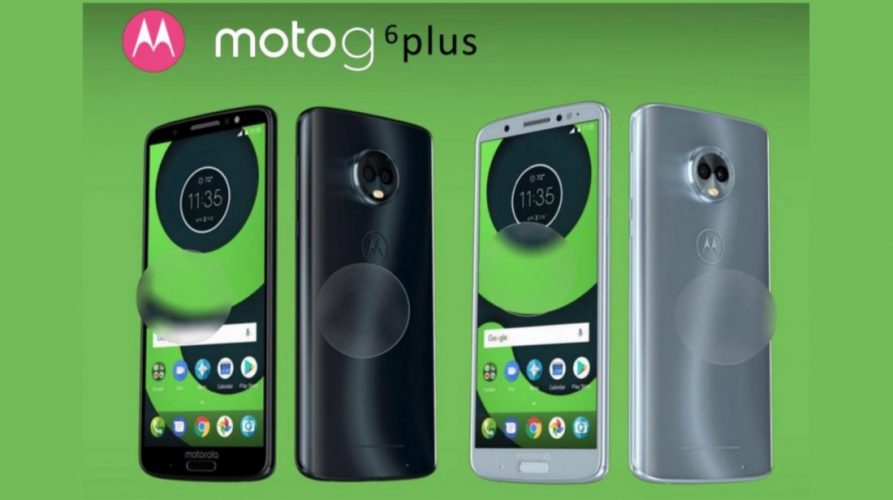 Moto G which was launched in 2013 considered as the first Budget smartphone which the company launched and the phone did not compromise a lot on performance and in the build quality. Than we saw the Moto G5 plus in the Q12017 which no doubt had the best camera in its price segment. And according to reports we now have some more details about the upcoming Moto G lineup, which is going to be Moto G6, Moto G6 Plus and the Moto G6 Play.

The design is new and it resembles the Moto X4 with 3D glass on the back and near the camera. As seen on the other leaks we can see the Moto is now going to use the Motorola branding on all three phones.

Here is what we know about these phones. 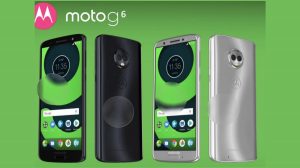 Moto G6 will be priced less as compare to the other variant and according to the leak it will have a 5.7-inch screen which will have a resolution of 2160px X 1080px. The screen will have the aspect ratio 18:9 and according to the images we can see that the bezels on the sides are thin.In terms of other Hardware specs it will have the Snapdragon 450 chipset and there will be two variant 3GB RAM and 32GB Storage and 4GB RAM and 64GB Storage. And We believe that there will be a microSD card slot to expand the storage. Fingerprint is placed in front which also act as a navigation button.  Moto G6 will have dual rear camera setup where we have a 12 MP and a 5 MP camera and in the Front we have 5 MP camera selife shooter. In terms of battery Moto G6 will be powered by 3000 mAh and will run android Oreo 8.0 out of the box. The official colours are not revealed yet but according to the leaked image The G6 will be available in black, silver and rose gold. 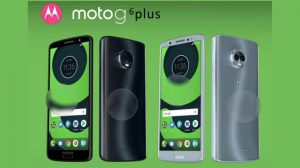 Moto G6 Plus will have a bigger screen of 5.93-inch with the resolution of 2160X1080p. It will be powered by Snapdragon 630. There will be three variant 3GB RAM/32 Storage, 4GB RAM/64GB Storage and the 6GB RAM/64GB Storage. Its good to see that the we will have a 6GB RAM variant as at the moment we have seen this configuration on phones which are about Rs. 20000.  The fingerprint location is same as the Moto G6 and  in this phone battery capacity is slightly more at 3200 mAh. In terms of Camera it will also have a Dual camera setup where we have the 12 MP Camera sensor along with 5 MP sensor.  But in the front we have the 16 MP front shooter as compare to the 5MP in Moto G6. Moto G6 Plus will have the Android Oreo out of the box. We actually do have the official colour names for the G6 Plus: Deep Indigo (black), Nimbus (silver), and Dark Lake (dark teal). 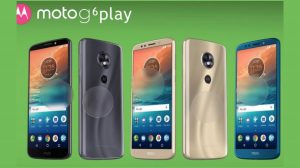 We know that there was not a Play Model of Moto G5 but According to the leaks we will have a Moto G6 this year. And the Phone will have 5.7-inch HD screen with resolution of 1440X720p. It will be powered by the 4000 mAh battery and will also run on the Android Oreo out of the box. According to the pictures it will be slightly different in terms of look and feel and it looks the fingerprint sensor is mounted at the back with a single camera setup unlike the Moto G6 and G6 Plus. At this point other details of Moto G6 Play is not known.  In Terms of colours It will come in a dark charcoal, gold, and a deep blue.