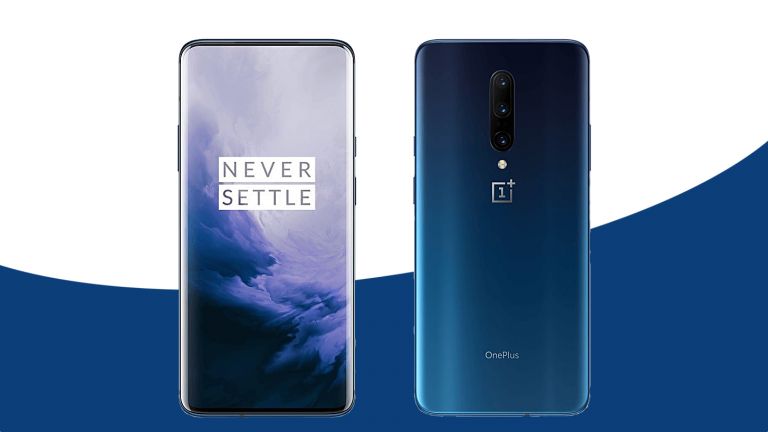 You probably live under a rock if you aren’t aware of OnePlus 7 and OnePlus 7 Pro Launch which was conducted in over 4 cities a few hours ago. OnePlus conducted the launch event in Banglore which started at 8:15 PM IST and it covered the launch of OnePlus Bullets 2, OnePlus 7 and the highly anticipated OnePlus 7 Pro. We at GadgetGig had the chance to attend the event and if you are following us on Instagram, you have some exclusive inside looks of the event as well. Check out the Price, Specifications and other details of the OnePlus 7 follow this link.

After an array of leaks which went on for over a month with constant renders of the device appearing online on Weibo, Reddit and even on WhatsApp, we are finally here for D-Day. For the first time since the OnePlus 3 and 3T launch, we’ll be able to see two smartphones being launched together. 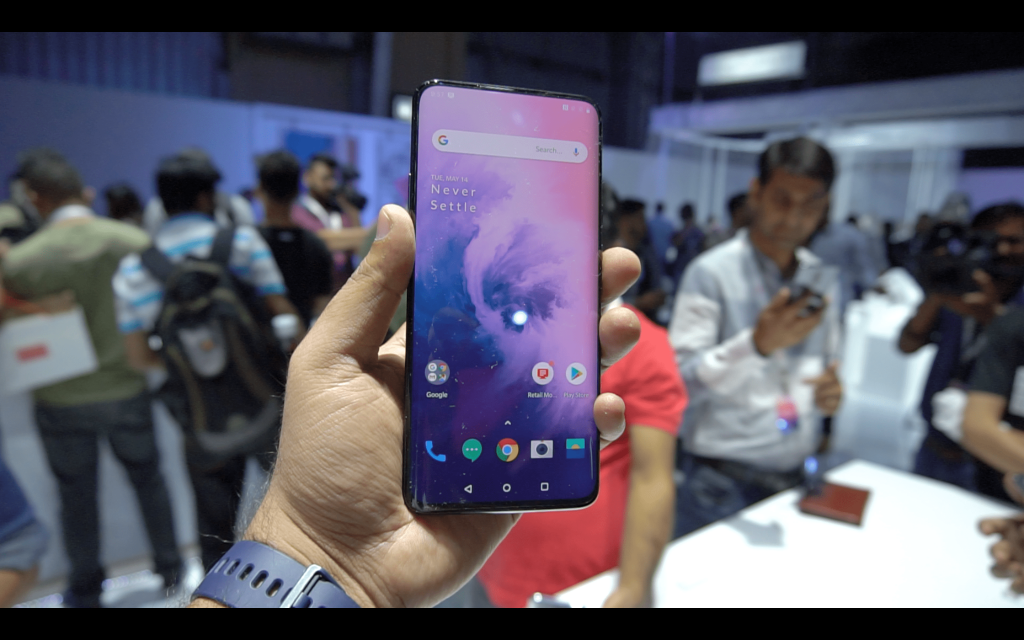 The OnePlus 7 Pro runs on OxygenOS on top of Android 9.0 Pie and will be available for Android 10.0 Q Beta update. This is the first device from the company to feature a Quad-HD+ resolution with a 6.7inch Fluid AMOLED display and an aspect ratio of 19:5:9. Also, it’ll be a first for the company to bring in a display with a pixel density of 516ppi and a refresh rate of 90Hz. The display also supports HDR10+ content and Netflix HDR video streaming for the best quality video output. The display is protected by Corning Gorilla 5 which the company claims has received an A+ rating from DisplayMate.

Under the hood, the OnePlus 7 Pro is powered by the Qualcomm Snapdragon 855 SoC which is coupled with Adreno 640 GPU with 6GB/8GB and 12GB of LPDDR4X RAM and up to 256GB internal storage. In the optic section, the OnePlus 7 Pro sports a triple rear camera setup that was predicted by many of the tech enthusiasts to pre-launch. The camera setup consists of a 48-megapixel Sony IMX586 sensor with an f/1.6 aperture whereas the secondary camera features a 16-megapixel sensor with f/2.4 aperture and an ultra wide angle lens with a 117-degree field of view. 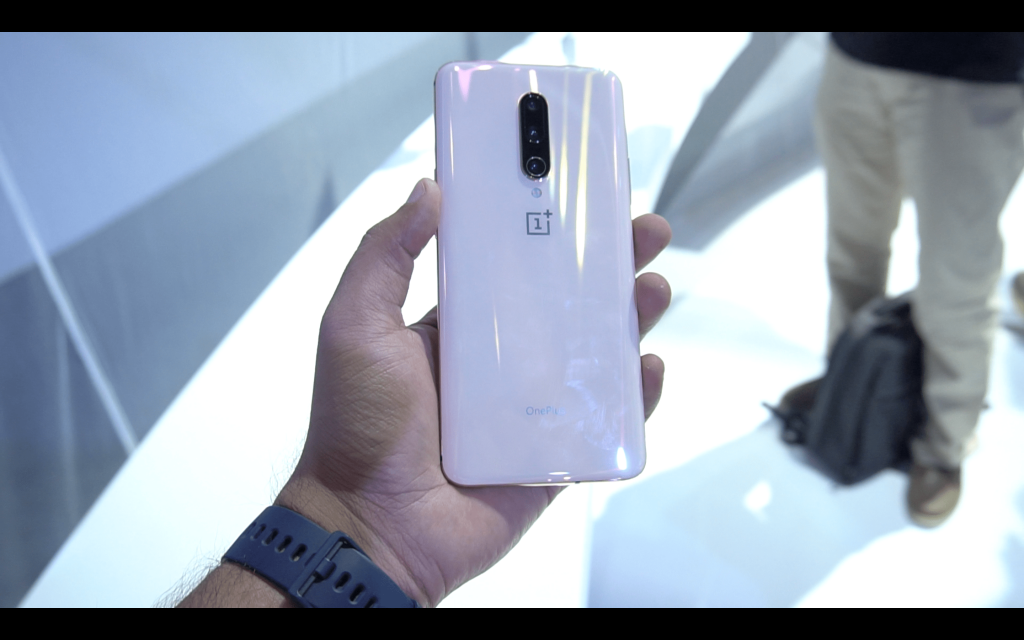 An 8-megapixel telephoto lens with 3x optical zoom at f/2.4 aperture to complete the three-camera setup. Just below the camera setup is a dual-LED flash which supports phase detection autofocus (PDAF), laser autofocus (LAF) and contrasts autofocus (CAF). As for video recording, the rear cameras can shoot 4K videos at up to 60fps and 1080p videos at 240fps with the latter being Super Slow motion. 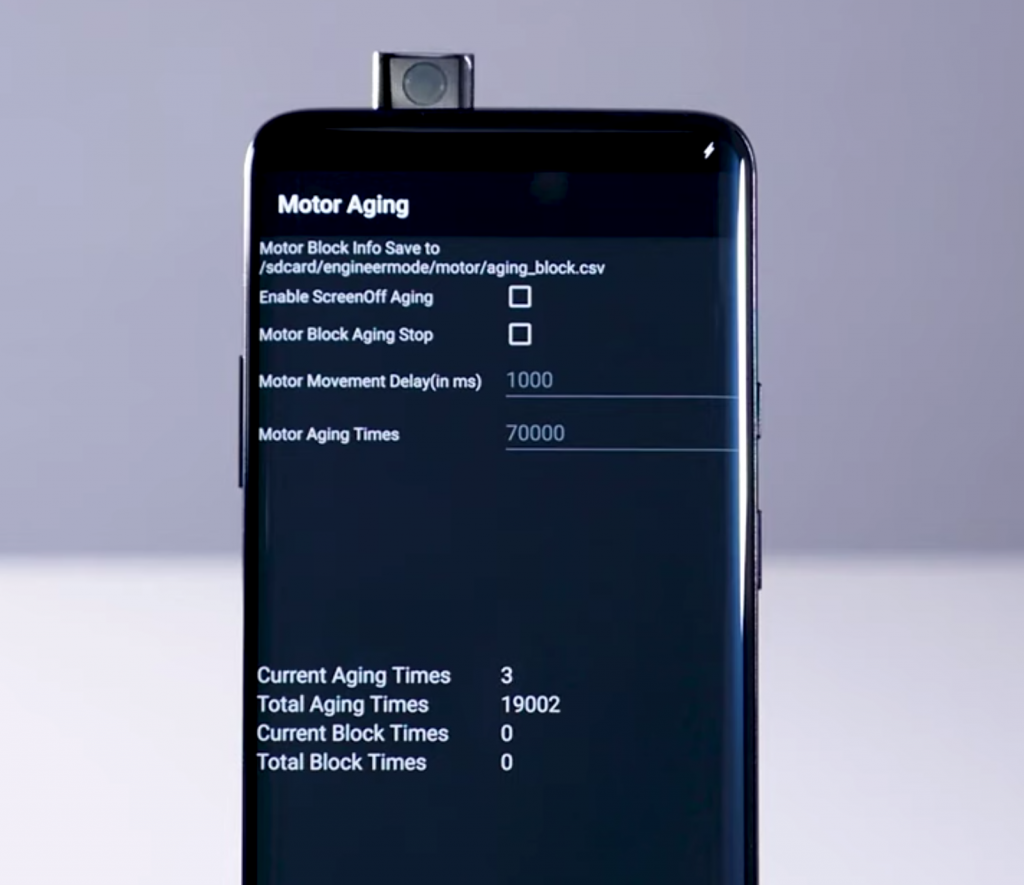 As for the front camera, OnePlus has gone with something new and revolutionary: the Pop-Up camera. The front camera features a 16-megapixel Sony IMX471 sensor with 1-micron pixel and an f/2.0 aperture and EIS. The company claims that the from camera elevation mechanism has been tested over 300,000 times which according to the company implies if the camera is bought up around 150 times per day, it will work for around 5 years or even more. Also, to add another layer of protection, the company claims that the device will automatically retract the pop-up camera within a second when falling, by using the accelerometer and gyroscope sensors.

The device is packed with a 4,000 mAh battery and Warp Charge 30 fast charging, which according to the company is around 38 percent faster than previous generations. Warp Charge 30 was introduced with the launch of the OnePlus 6T McLaren Edition.