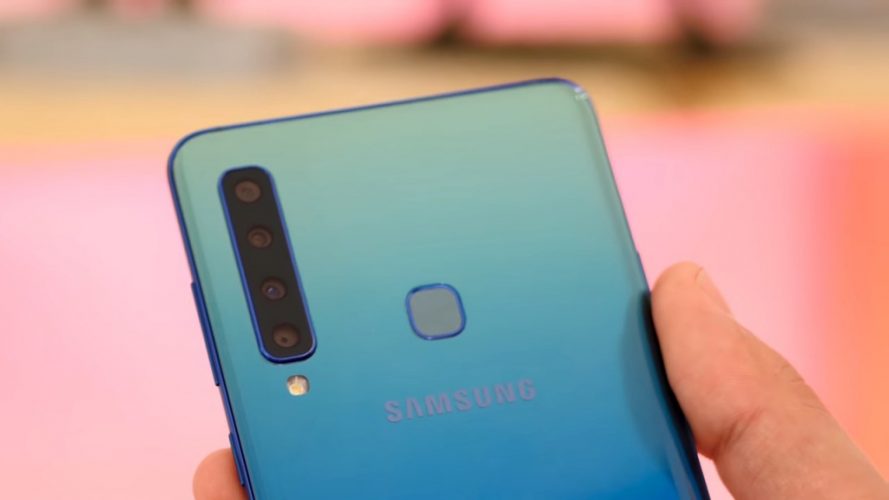 Samsung Galaxy A10 To Come With an In-Display Fingerprint Sensor

Samsung recently released a revolutionary device in the market with a name tag of Galaxy A8s, the device was one of the first to embed a front camera along with sensors inside the display itself. Its more commonly known as ‘Punchole display’ nowadays.

Since Vivo introduced the in-display fingerprint scanner, most of the smartphone making giants have adapted to that and implemented it on their devices, flagship as well. With major companies such as OnePlus, Huawei and others joining the bandwagon.

One name missing from the list was Samsung, the Chinese smartphone manufacturer had not yet embraced the new tech even though they went for a punchole display. Well, that’s about to change. An industry source today has suggested that Samsung will be making a switch to a newer in-display solution for its upcoming devices.

According to a new leak, Samsung’s first smartphone with an in-display fingerprint sensor is most likely to be the Galaxy A10 and not the Galaxy S10. A very popular leakster from China mostly known as @MMDJ has revealed the same, although, there is not much revealed about the same. @MMDJ earlier, also revealed that Samsung will be using the Qualcomm Snapdragon 845 SoC to power the high-end Galaxy ‘A’ series.

Samsung Mobile Chief, DJ Koh in a statement said that, early in the year, that the company will bring premium features down to its budget and mid-range smartphone segment. This could be part of that move where the company might be trying to Huawei, Xiaomi and OnePlus, with a mid-range device that has both an in-display fingerprint sensor and a powerful processor to back it up.

There’s no official announcement on the launch date but going by the history of device launches by Samsung we can say its going to be around the first half of January and if not, the device will be launched at MWC 2019 which will be held in February.