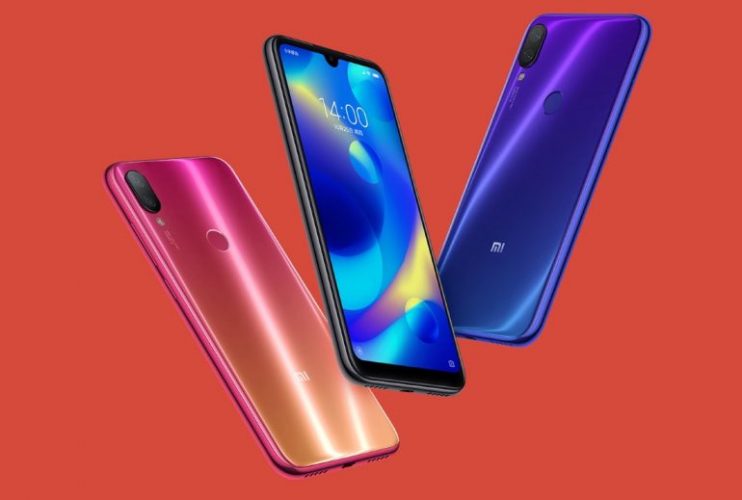 Xiaomi has been experimenting on he smartphone markets with its initial launch of Pocophone and other devices. Recently, there were reports about a possible launch of a budget oriented device from Xiaomi named as Mi Play. Now, this device as nothing to do with gaming since the word ‘Play’ might have triggered that.

Unlike previous Xiaomi smartphones, the Mi Play tends to target budget users by providing trendy features such as a waterdrop notch and a gradient matte finish at the rear on top of the glass.

The Mi Play as of now, is only available in China. The company’s official offline stores have started pushing out sales of the Mi Play. The device will be available for the customers starting December 25th at 10am.

Under the hood, the Xiaomi Mi Play is powered by MediaTek Helio P35 SoC coupled with 4GB of LPDDR4X RAM and  IMG GE8320 GPU. As for the cameras, the Mi Play sports a dual rear camera with a 12MP primary sensor accompanied by a 2-MP secondary sensor. To the front, the Mi Play features an 8MP front sensor for crisp selfies which are social media ready.

The Mi Play comes in only one variant with 4GB RAM and 64GB storage which is expandable via MicroSD. Connectivity wise, the device comes with 4G VoLTE, Wi-Fi 802.11ac, Bluetooth v4.2, GPS/ A-GPS, and USB Type-C.

The Mi Play comes with a price tag of  CNY 1,099 in China which amounts upto Rs.11,000 INR. The device is available for sale in three color variants;Black, Dream Blue, and Twilight Gold. The handset will be bundled with 10GB data per month for the first year.

Stay Tuned for more updates on the Mi Play and also Subscribe to Our YouTube Channel Gadget Gig For Latest News, Reviews, Unboxing and Tips/Tricks.