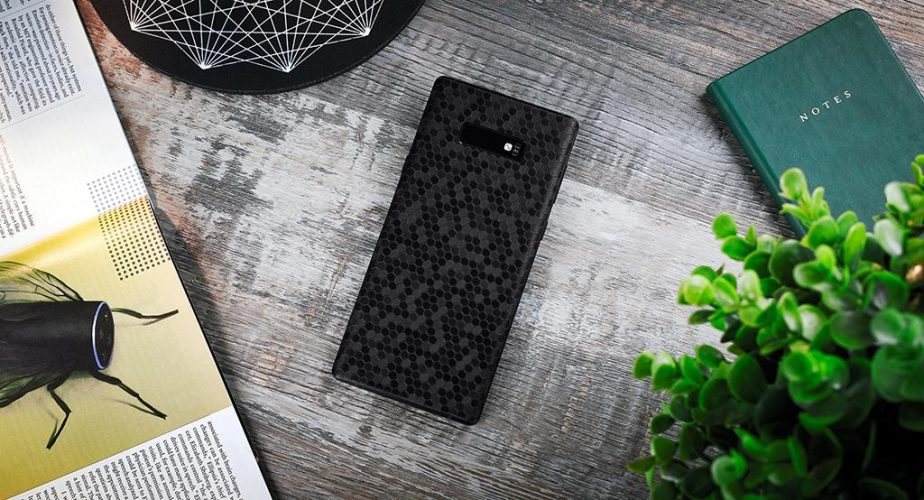 The Samsung Galaxy S10 has already created an ample amount of hype around the Internet and finally, D-day has arrived. The Samsung Galaxy S10 will be unveiled today in an Unpacked event held in San Francisco wherein the company is expected to launch the Galaxy S10 and also the much anticipated, Samsung’s first ever foldable smartphone the, Samsung Fold.

Today, Dbrand, a very popular company known for making skins and cases for various devices has just leaked yet another image of the much awaited Samsung Galaxy S10 in a tweet. Earlier today, Dbrand tweeted ‘Galaxy S10 skins are live’ which was followed by a couple of links to the website.

A couple of minutes later the company tweeted the alleged Galaxy S10 in all its glory in a perfectly aligned frame with a Dbrand skin showcasing the rear side of the device which gives us a closer look at the triple rear camera setup accompanied by an LED flash. Dbrand captioned this tweet by saying, “Stop buying things, Swarm launches tomorrow.”

In yet another tweet the company leaked the device again rocking the very popular camouflage skins from dbrand with various objects besides the device and trust me, ‘you cannot see the device’. dbrand captions this tweet by saying, “It’s not a leak if you can’t see it”.

It's not a leak if you can't see it. pic.twitter.com/QMrwH4dLPf

The Galaxy S10 Launch will be live streamed on the Samsung Official website for those who cannot attend the live event. As for the Indian timing of the launch event it will be at 12:30 am On February 21st. Stay Tuned to GadgetGig to know more about the Galaxy S10 Launch.