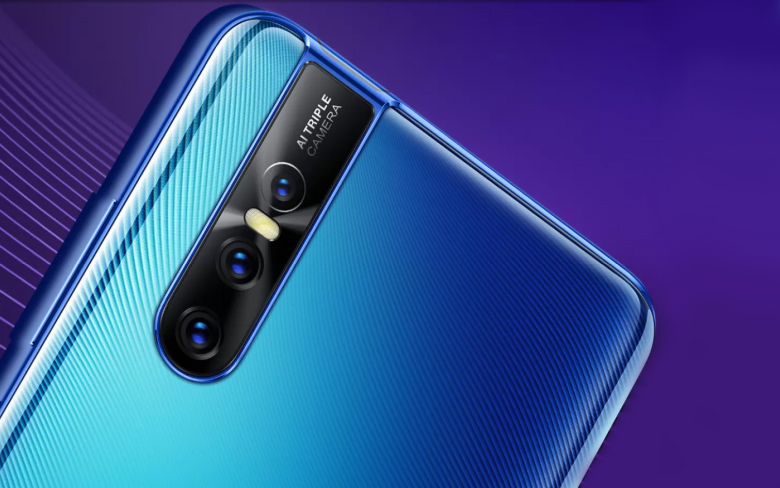 After months and months of hype, Vivo has finally launched it’s latest offering to the Indian markets, the Vivo V15 Pro. The device teased to house the most cameras has finally arrived and thanks to all the renders we have had for a while which has now shown us that the device is just as similar.

The Vivo V15 Pro launch was set in Delhi at 12 PM today that is 20 February 2019 and the launch was a success. GadgetGig had a chance to visit the launch event and we had a very good time over there.

The main highlight of the Vivo V15 Pro has to be its pop-up selfie camera which houses a whopping 32MP sensor, the mechanism is similar to that of the Vivo NEX, however, the company claims that over time they have been able to improve their technology and they have improved the durability and other aspects of the camera in every way possible. The selfie camera offers many popular effects such as portrait lighting effects, AI, beautification mode and also the device supports face Unlock for the betterment of safety. 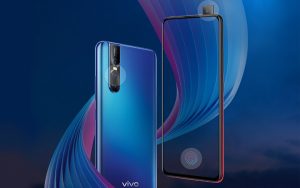 The Vivo V15 Pro sports a 6.39inch full-HD+ Ultra FullView display with a Super AMOLED panel. Also, the display houses a fifth-gen fingerprint sensor which is said to have higher fingerprint pixel density and improved algorithms which are better than the previous generations which in turn provide faster inputs and helps the user to access their device faster, which is the whole point of having a fingerprint sensor. 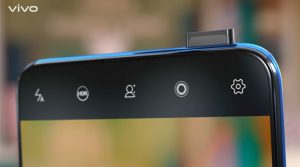 The Vivo V15 Pro runs on FunTouch OS.9 based on Android 9.0 Pie. As for the optics, one of the main selling points of the Vivo V15 Pro apart from the in-display fingerprint sensor is cameras. The V15 Pro sports a triple rear camera setup which has a 48-Megapixel primary Quad Pixel sensor with an f/1.8 lens and an 8-megapixel secondary sensor with an AI-Super wide-angle sensor with f/2.2 aperture and last but not the least a 5-megapixel tertiary, depth sensor with f/2.4 aperture. The camera supports AI body shaping, AI portrait mode, and many other features. As for the front, the camera comes with a pop-up mechanism as mentioned earlier and it houses a 32-megapixel sensor which lines straight to the triple rear cameras.

Under the hood, the Vivo V15 Pro is powered by an octa-core Qualcomm Snapdragon 675 SoC coupled with 6GB of LPDDR4X RAM. The device has up to 128GB of onboard storage which can be expanded up to 256GB via microSD card. The Vivo V15 Pro packs a 3,700mAh battery which also supports Dual-engine fast charging. 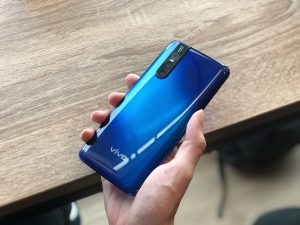 The Vivo V15 Pro is priced in India at Rs. 28,990 for the single 6GB/128GB variant. The device is available in Topaz Blue and Ruby Red color options. The device will go on sale via Amazon and Flipkart both and will be accompanied by Paytm and Snapdeal. Also, you can find the device on Vivo’s Online Store. The V15 Pro will start shopping from March 6 and pre-bookings have started from today that is February 20.