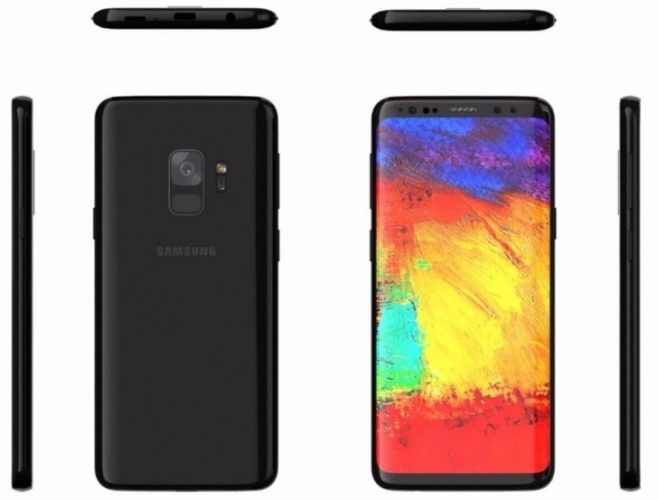 Samsung confirmed few days back that they are not going to reveal the Galaxy S9 at CES 2018 instead they will be launching the Galaxy S9/S9+ in coming next month at MWC 2018. But with all the rumours and leaks now we have one more leak photo and this time its the retail box picture (Posted by reddit user)  which looks very similar to the current Galaxy S8. There are few things which are interesting such as Stereo speakers and Dual Pixel 12 MP Camera.

On the box for the camera it has f/1.5 & f/2.4 written which means that Company might implement a variable aperture on the phone. In other specs for the camera, it can shoot Super Slow Mo videos which means that we might be seeing some high fps slow mo videos which was rumoured earlier. Talking about the front camera it will be an 8 MP with Auto focus.

The box also has information about Stereo speakers tuned by AKG and the earphones as well. In terms of other configuration the screen will be 5.8-inch Super AMOLED  with Quad HD+ resolution which is 1440 X 2960 pixels. The RAM is 4GB with internal storage of 64 GB. And the phone will support wireless charging and will have the IP68 certification which means it will be Water & Dust proof like the present Galaxy S8.