After loads of leaks and rumours Xiaomi Mi Mix 2s is here. The phone has more powerful processor and improved dual camera setup but it looks very similar to the Mi Mix 2.  With slightly improved screen-to-body ratio its hard to distinguish between the Mi Mix 2s and the Mi Mix 2. 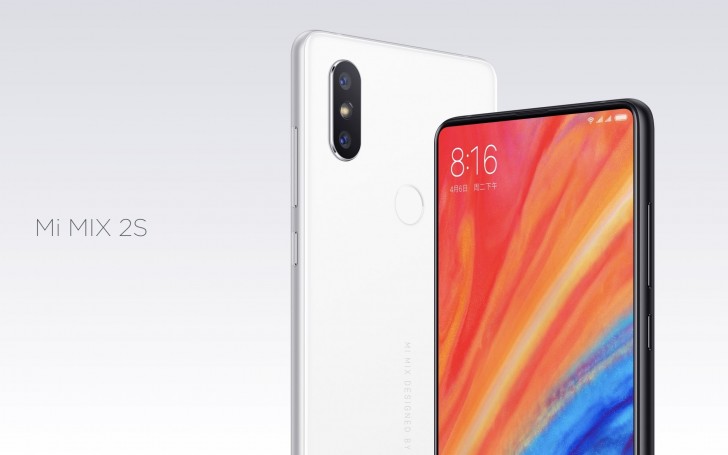 There is a 5.99-inch 18:9 FHD+ IPS Display which covers the front of the device. The phone also has a 2.5D curved glass on the top. Like the Mi Mix 2 the Front camera is at the bottom which is a 5MP with an aperture of f/2.0. So in order to take selfie you would need to turn the phone upside down.

The back is where most of the improvements are there. Now we have a pair of 12 MP camera with the Optical image stabilisation which or on the top left corner.  The primary camera has a larger 1.4ɥm pixels and the aperture of f/1.8 where the other is a telephoto lens that has an aperture of f/2.4. 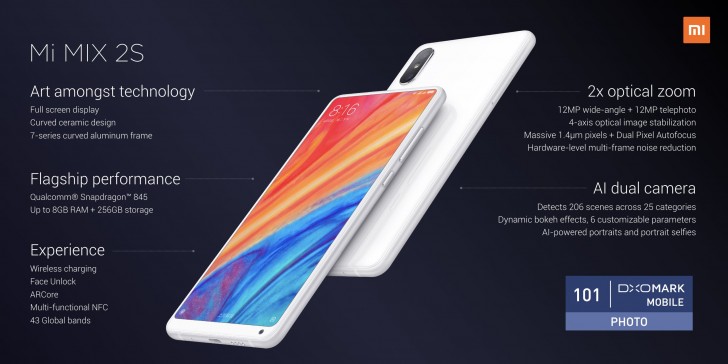 In terms of OS it the Mi Mix 2s has the MIUI 9.5 which is based on Android Oreo. Xiaomi has replaced the Google Assistant with there own virtual assistant this time XiaoAi but it seems like it will be available only in China.

Mi Mix 2S will also support wireless charging which is first on a ceramic device. The battery of the Mi Mix 2s is 3400 mAh which supports Quick charge 3.0. In terms of connectivity the phone supports dual sim, Bluetooth 5.0, Dual band Wi-Fi, NFC and number of international bands. There is a USB Type C port for charging on the Mi Mix 2S. 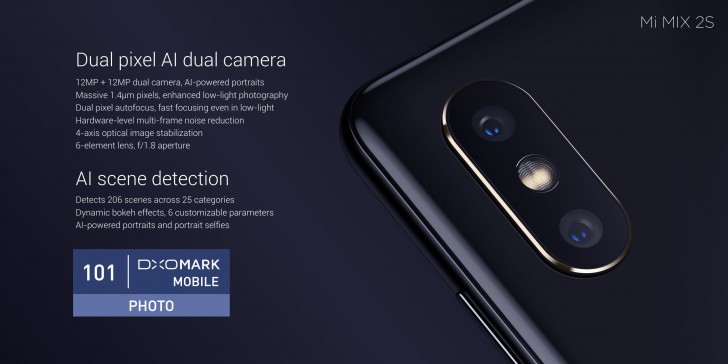 Mi Mix 2s comes in three configuration which are 6GB RAM with 64GB storage, 6GB/128GB Storage and the 8GB/256GB Storage.

The price of the Xiaomi Mi Mix 2s starts from CNY3299 which is somewhere around INR 35000 and higher version which is the 8GB/256GB Model is priced at INR 42000 but this will include a free wireless charger in the box.