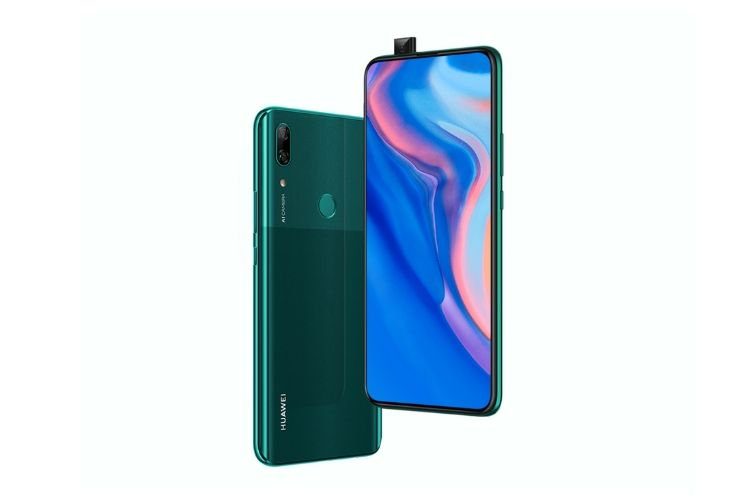 Amidst the hype created by Realme and Xiaomi for their budget and flagship killer phones respectively, another Chinese smartphone manufacturer has joined the bandwagon to try and get into the market to give in to the competition. Yes, we are talking about Huawei. Pop-up cameras are here, and they are here to stay.

Huawei is trying to get on to the trend train by launching its first smartphone with a Pop-up camera here in India. According to sources close to the company, the smartphone launch will most likely occur by the end of July or probably the start of August. Ishan Agarwal, a very popular ‘leakster’ on Twitter shared a couple of renders of the upcoming Huawei device which might come in a dual-tone design that is similar to the Huawei P Smart Z in terms of design and looks.

Another Pop-Up Camera Phone with Triple Back Cameras is coming to the budget segment in India very soon to compete with devices like realme X and Redmi K20! It's from Huawei but I don't know with what name it will be launched here. Excited, aren't you? #HUAWEI pic.twitter.com/VRw6OCVpFP

As of now, we are not sure about the specifications, however, we reckon Huawei will include their newly launched Kirin 810 SoC in order to compete against the likes of Snapdragon 710 and Snapdragon 730 included in the Realme X and Redmi K20 respectively. As per the renders, the Huawei device will come with a full-view display, a Pop-up camera as mentioned earlier and triple rear camera setup.

Also, one more thing to notice is the fingerprint sensor at the rear. According to the renders, Huawei has not yet adapted to the in-display fingerprint sensor for this device which can be a major factor if people are looking for an in-display sensor instead of a physical one. Although this is not official, you need not worry.