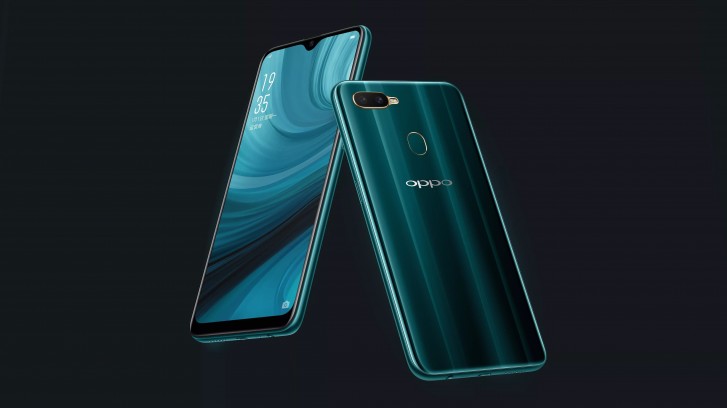 Oppo has officially launched its latest addition, the Oppo A7n. The device comes with an HD+ display and is powered by Helio P35 and also follows the tradition by packing in dual rear camera setup. The main highlight of the device is the hyper boost acceleration engine which is said to enhance the performance and gaming experience of the device and also will help in getting the boost in the camera performance since the device will be the first choice for portraits and bokeh images in this price range.

The Oppo A7n runs on ColorOS 5.2.1 which is based on Android 8.1 Oreo and the device is backed by an AI beautification feature which is said to recognize around 296 facial points in order to bring out the best output in selfies. The A7n sports a 6.2inch Full HD+ display with a 270ppi of pixel density and a 19:9 aspect ratio. The A7n follows the tradition by sporting the infamous waterdrop notch to the front of the device. Under the hood, the Oppo A7n is powered by an octa-core MediaTek Helio P35 SoC which is coupled with at least 4GB RAM and an IMG GE8320 GPU.

As for the optics, the device comes with a dual camera set up at the rear as mentioned earlier. The setup includes a 13-megapixel primary sensor and a 2-megapixel secondary sensor with f/2.2 lens and f/2.4 lens respectively. To the front, the device packs in a 16-megapixel camera with an f/2.0 lens for crisp selfies that are social media ready. The device comes with 4GB of RAM coupled with 64GB of onboard storage which can be expanded via microSD card.

The A7n supports 4G VoLTE, WiFi, Bluetooth v4.2 and comes with a micro-USB port for charging as well as file transfers. The Oppo A7n was launched in China at CNY 1,499 which approximately comes around Rs. 15,300. The device comes in a standalone Lake Light Green color variant. The availability of the device has not yet been confirmed