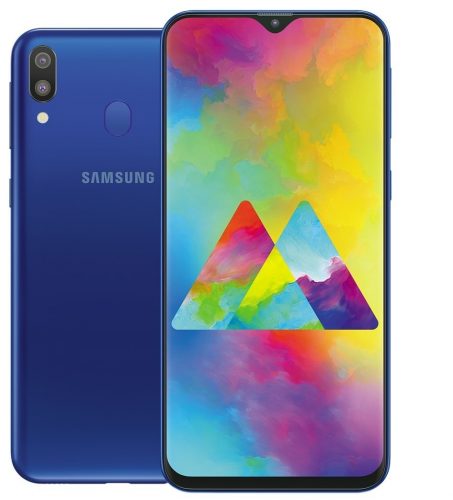 The Samsung Galaxy A20 was launched globally last month and it has now finally arrived in India. Amidst the rumors of Galaxy A90 which is said to sport a 48MP rear camera and will most probably be powered by the Snapdragon 7150 SoC, the company seems to be all set for yet another launch in the Asian market.

The Samsung Galaxy A20 will sport a 6.4inch Infinity V-AMOLED display with an aspect ratio of 19:5:9 and 1560×720 pixels. The device features a tad bit of a chin with the infamous waterdrop notch upfront. Under the hood, the Galaxy A20 will be powered by the Exynos 7884 SoC which will be paired with 3GB RAM.

The device has up to 32GB inbuilt storage which can be expanded with the help of a microSD card up to 512GB. As for the optics, the Galaxy A20 is said to feature a dual camera setup with a 13MP primary sensor and a 5MP secondary sensor at the back. Also, to the front is an 8MP selfie shooter for social media ready selfies.

The Samsung Galaxy A20 is priced at Rs. 12,490 and will go on sale starting next week, that is on April 10 via Samsung India online store, Samsung Opera House and also some e-commerce retailers