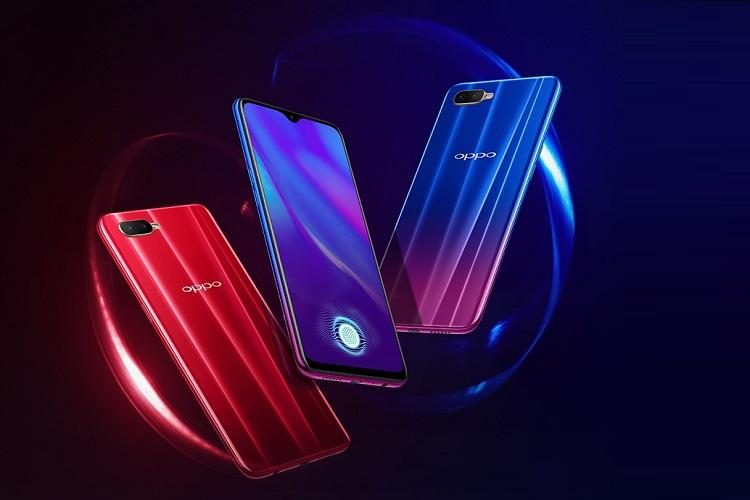 Oppo has been trying to create new trends in the smartphone industry, it all started with the in-display fingerprint sensor and moved on to the WaterDrop or the Dewdrop notch. The Chinese smartphone manufacturer recently teased its latest offering on the e-commerce site, Flipkart. The alleged Oppo K1 was launched in China back in October 2018 and the device has finally arrived globally.

With the recent launches of technology giants such as Samsung with their M10 and M20, Oppo is trying to lure back the customers to its share. A ton of Oppo devices have not made a debut here in India yet, some of them are R15X, R17, and the Oppo K1 as well. These devices all come with the in-display fingerprint sensor. The K1 was launched back in October with a price tag of roughly Rs. 16,900.

As for the specifications, the Oppo K1 runs on ColorOS based on Android 8.1 Oreo. The device sports a 6.4inch full-HD+ display with a 19:o aspect ratio and a 91% screen-to-body ratio. Also, the WaterDrop notch is present on the K1 with a slight bottom bezel and no side bezels at all.

Under the hood, the device is powered by an octa-core Qualcomm Snapdragon 660 processor coupled with either 4GB or 6GB RAM with 64GB onboard storage which can be expanded via microSD card (up to 256GB).

As for the optics, the Oppo K1 features a dual-rear camera setup with a 16MP and a 2MP sensor and to the front, a whopping 25MP sensor which makes it yet another device from Oppo to master the selfie division.

The Oppo K1 comes with 4G VoLTE, WiFi, Bluetooth 5.0 and is packed with a 3,600mAh battery which is pretty decent and can last a day on moderate usage. As mentioned earlier, the device comes with the revolutionary in-display fingerprint sensor which has created a lot of hype the past few months.

Flipkart revealed about the upcoming Oppo K1 by creating a microsite on their webpage and also touted for the device to have an “unbelievable price”.