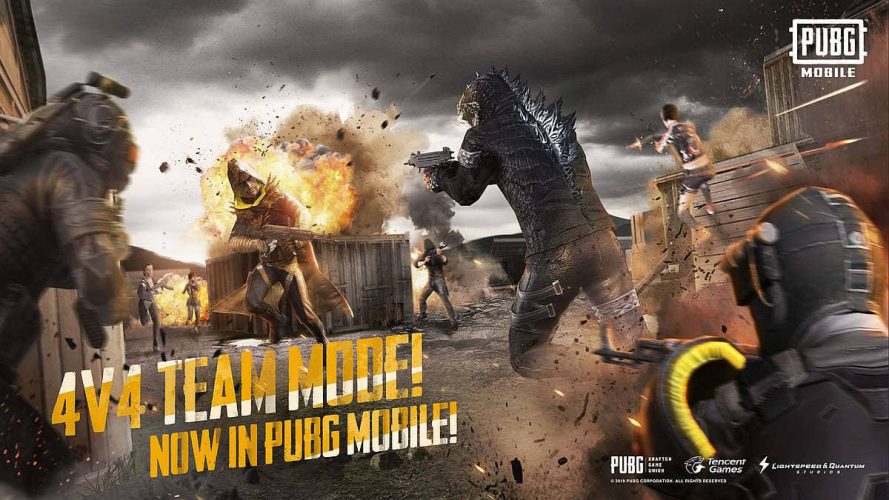 PUBG Mobile has been gearing up to kick-start their new update with their upcoming partnership tie-up with Godzilla the movie. PUBG is on the news quite a lot, these days it’s probably because of the PUBG PC Lite making its debut in India after its initial launch a couple of months ago in China. You can read more about it here.

Folks at Tencent have started rolling out the 0.13.0 update in India which you will find on the Google store and the Apple App Store. Earlier, the game sent out a notice saying that server maintenance will be held today which will bring the aforementioned version. The 0.13.0 update weighs in at 1.98GB for Android devices and around 2.45GB for iOS devices. The update has been made live successfully and has been sent to devices all over.

If you haven’t received it yet just wait or you can try to download the apk from a different source. The new update brings along the Survive Till Dawn mode and the highly anticipated Deathmatch mode under the EvoGround section. Deathmatch mode is similar to that one in the Call Of Duty Mobile game, which is still in Closed Beta. The update also brings some Godzilla themes and some new skins for Bizon as well as the Kar98k. Also, the game now has enhanced cheat detection servers which will help keep the hackers at bay