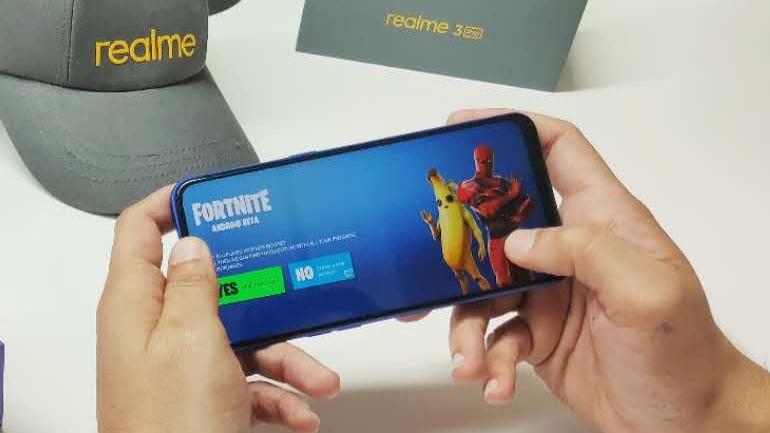 Ever since the Realme 3 was announced in India the speculations regarding its successors increased day by day. Fans were asking for the pro variant of the same, and since Realme CEO Madhav Sheth at the Realme 3 launch event had mentioned about the Pro variant launching at the end of April, the excitement levels increased. Last week, the official handle of Realme announced that the company will launch the much-awaited Realme 3 Pro on April 22nd at an event which is scheduled to be held in New Delhi. Today, the company announced that they will be holding a ‘Blind Order’ sale on April 19 for the Realme 3 Pro.

Flipkart has made the microsite for the Realme 3 Pro live and potential buyers who wish to get their hands on the Realme 3 Pro can register and get a chance to win an R-pass which will help them buy the device irrespective of the flash sale rush during the first day or so. On asking about the blind orders, Madhaav said that the users can register to get the R-pass and it is referred to as blind pass because the buyers won’t have any idea about the specification, pricing, etc. The company is planning on giving away around 5,000 passes to the community which the users can get and avoid the hassle during flash sales.

Amidst this, a popular Tech YouTuber from India whose channel goes by the name TechBar, who has uploaded an official unboxing of the Realme 3 Pro on their channel a week before the initial launch. The channel which is currently run by Sanchit Shokeen. The YouTuber claims to have found the device on the road which seems a bit bizarre. However, Sanchit has managed to review the device in full and has revealed every aspect of the device.

According to a video posted by TechBar, the Realme 3 Pro sports a 6.3inch IPS display with corning gorilla glass for extra protection. Under the hood, the device is powered by Qualcomm Snapdragon 710 SoC with Adreno 616 GPU and 4/6GB LPDDR4X RAM.

As for the optics, the device features a 25MP front camera and a sample of the camera quality has been shown in the video by TechBar. To the back is a 16MP + 5MP camera and the footage for the same has been provided in the review by the aforementioned YouTuber.

As of now, the pricing and availability details of the device have not been mentioned anywhere. Since the launch is just a few days away we can ensure more leaks about the device will be received in the near future. Stay tuned to GadgetGig for more such news