Xiaomi launched Black Shark today which is the company’s first Gaming Smartphone. The phone has customised hardware to get the best performance for Games. It has a Snapdragon 845 processor with the massive 4000 mAh battery. There is also a new type of cooling system to keep the phone’s temperature down while playing heavy games.

The screen is a 5.99 inch IPS LCD and has the Full HD+ Resolution. The Processor comes with the usual Kyro 385 cores and Adreno 630 GPU. Xiaomi also equipped the phone with a multi stage Liquid Cooling system that will bring the CPU temperature down by 8 degree C.

There is no microSD card slot in the phone and Xiaomi launched two variant of Black Shark first with the 6GB RAM + 64GB Storage and the 8GB RAM + 128 GB Storage. The phone has one speaker at the bottom but the earpiece acts as a second speaker for Bisco stereo sound.

The phone is also be compatible with the Black Shark Gamepad and the company also announced that the First 50,000 buyers will get the Gamepad for free. The gamepad has a 340 mAh battery and will connect to the phone via a Bluetooth connection. There is also a dedicated “SHARK” button on the left side which let you use all the hardware resources giving an amazing gaming experience.

In terms of OS Black Shark will come with Android Oreo based JOY UI which is its custom launcher. There be  dual rear camera setup on the back where we have a 12MP f/1.75 and a 20MP f/1.75 along with a dual led flash. The front shooter on the phone is a 20 MP sensor which has an aperture of f/2.2.

The phone is available for pre-order on JD.com in two colours a Polar Night Black and the Sky Grey. 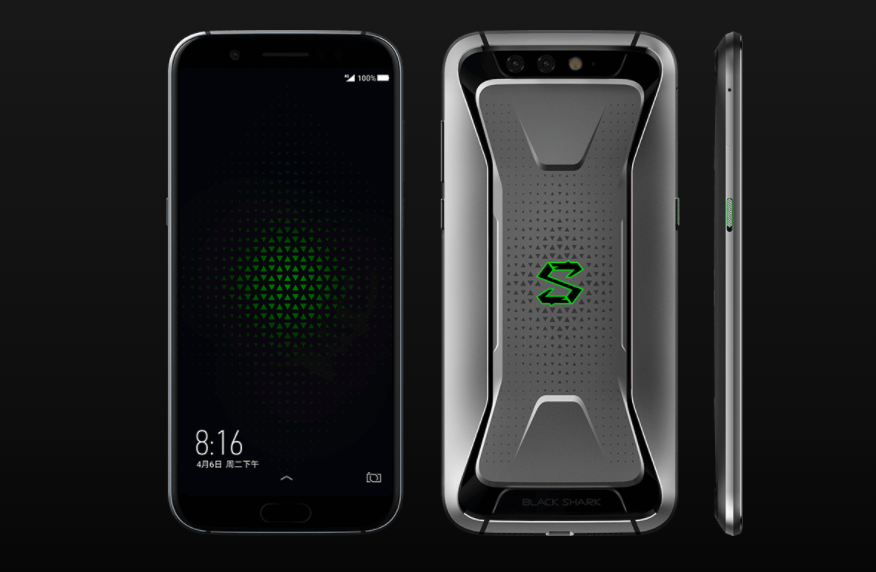 The 8GB/128GB Storage variant costs CNY 3499 which is somewhere around $557 and the 6GB/64GB Variant priced at CNY 2999 ($477). The BlackShark Gamepad will be also available separately for CNY 179 ($28). At the price of $477 the Black Shark becomes the cheapest phone that comes with the Snapdragon 845 and as of now there are no details when or if this phone will be available in India and other countries.

Stay Tuned for more updates and News on Black Shark and Also Do Subscribe to Our YouTube Channel Gadget Gig For Latest News, Reviews, Unboxing and Tips/Tricks.