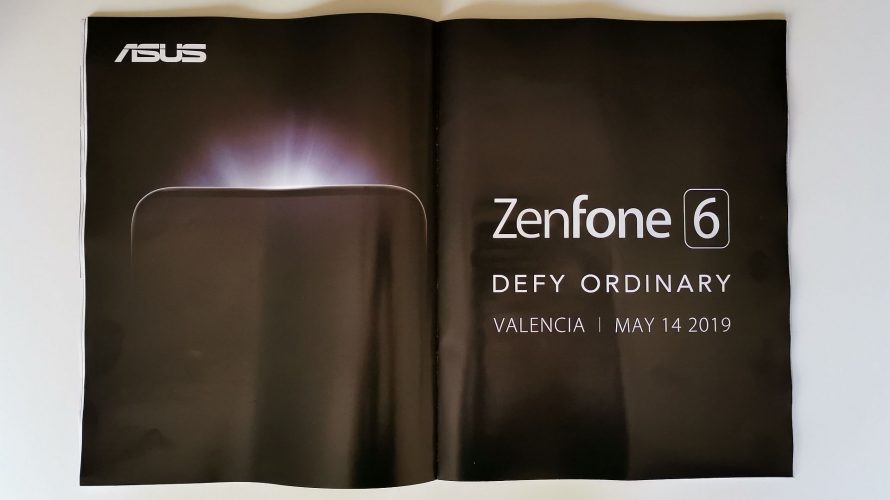 The Mobile World Congress is fast approaching and we expect to see more and more launches from companies such as Asus and others. However, the Asus team has some other plans. In a recent post, the Asus Zenfone 6 Launch event teaser was posted by the company itself on the Mobile World Daily, which is an official newspaper for MWC 2019.

Asus took two-page spread to reveal the event date as well as the location of the launch. The launch poster shows that the event is scheduled for May 14 and will be held in Valencia, Spain.

The Asus Zenfone 6 rumors have been downhill for some while after it was teased back in November last year. The leak at that time revealed an unusual notch upfront with a bezel-less design and a tiny bit of chin. However, the reports claimed that those renders won’t possibly be the final output and now, after seeing the two-page launch poster we are pretty sure the notch won’t be making an appearance in this case.

The newspaper ad as of now is vague and we do not have much information about the specifications of the Zenfone 6. However, going by rumors surrounding the device, it might be possible that the Zenfone 6 will be powered by Qualcomm’s flagship Snapdragon 855 SoC. Also, the device will feature a screen-to-body ratio of 90%. The leaks also suggested that the device might come with a popup camera or even the hole-punch camera, however, we are not sure of these details as of now and so these are to be taken with a pinch of salt.

The launch date is set for May 14 and by the time the phone is launched we will be knee deep in rumors, leaks and renders of all kinds for the Zenfone 6, well hopefully, coz I for sure am excited for this one.