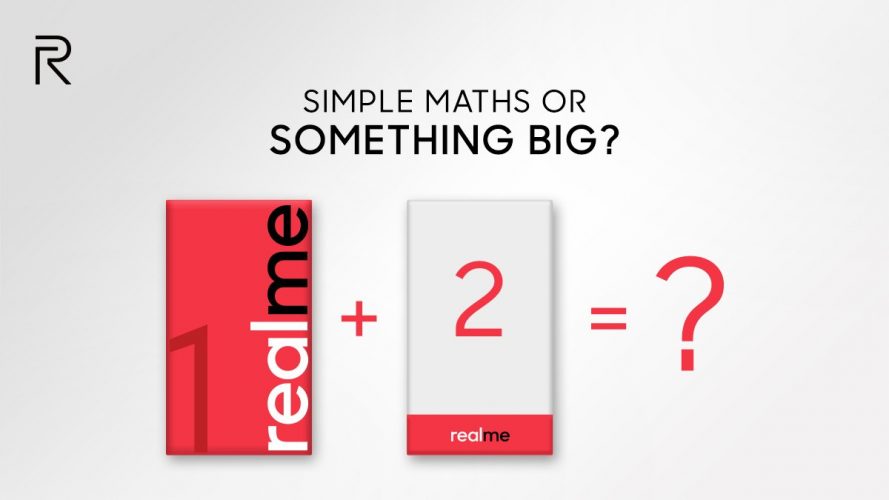 Realme has been doing very well in the mid-range market with its Realme 2 Pro and other devices. Early 2019, the company had revealed that the next flagship from the company is under construction and maybe if possible the device will be up and running by Q1 2019. Now, the company has already started teasing its device by sending out official teasers all throughout its social media handles.

Let’s see if you can put 1 and 2 together. 🤔 pic.twitter.com/hLneqExJc9

The Official handles of Realme have started rolling out teasers which leave no room for speculations for the name of the device, its simple math, dare I say. The tweet by Realme says, “Let’s see if you can put 1 and 2 together”. The image in the tweet shows two of the popular devices from the company with the Realme 1 and the Realme 2 beside each other. The image teases the fans about their next launch which according to this tells us will be the Realme 3. Also, the company has taken some time out of their work to reply to the comments of twitter warriors by confirming the existence of the Realme 3.

However, the Realme 3 is under progress, but this is the first time we are hearing about the device. There are no leaks, no renders to be found anywhere. Although sources close to the company have revealed that Realme are working on a 48MP Camera, however, there’s no official word on that. Are they trying to get into the big markets by competing with the likes of the Honor View 20 and yet to be launched Redmi Note 7. As of now, we cannot confirm anything but we can wait and watch how the company reveals their next teaser for the Realme 3. Stay Tuned to GadgetGig for more such news.