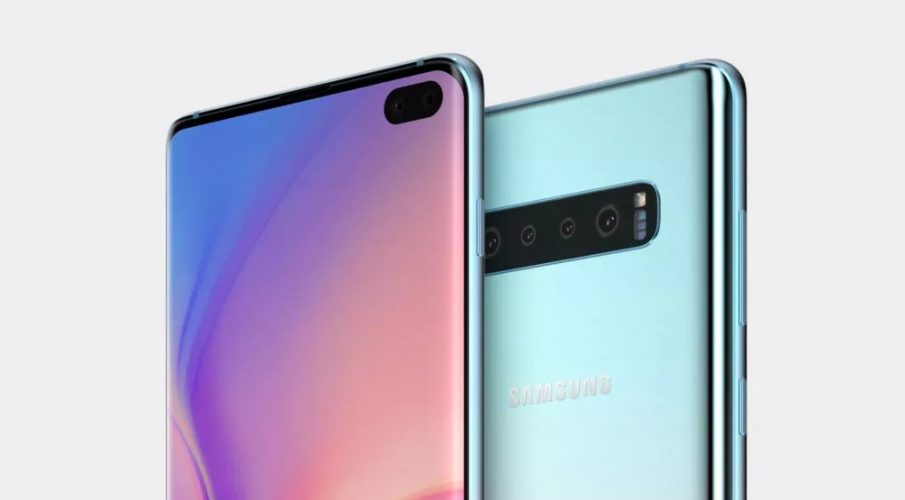 The Samsung Galaxy S10 and the S10+ have to be one of the most anticipated devices of Q1 2019 and so far we have been enjoying an array of leaks in and out but none of them were as satisfying as this one. Folks at 91mobiles happened to stumble upon a bunch of press renders and were able to share them with us.

As you can see in the image, the earlier leaks were close but not accurate. The front of the S10 Plus showcases an extra-wide dual lens hole-punch camera which nowadays seems to be the trend kickstarted by Honor and Samsung itself. The hole-punch lies in the top right corner of the device. In the second image, you can see the rear side of the device which shows us the triple camera setup accompanied by an LED flash.

Below the camera setup you might notice the fingerprint sensor missing, well since every device nowadays have been implementing the in-display or the under-display fingerprint sensor, Samsung also seems to have joined the bandwagon. The trend started by popular mid-range market kings, Xiaomi, Vivo, and Oppo has caught the attention of flagship devices. If that’s the case, this will be the first ever from Samsung to showcase this feature.

The render also shows us the clean and bezel-less design of the display and/or also known as the “Infinity-O” by the folks at Samsung. The S10 Plus is rumored to sport a 6.4inch display which is similar to Note 9. As per reports, other variants of the device will feature a smaller, 5.8inch display and a 6.7inch device.

Samsung has officially announced the Unpacked event to be held on February 20 where the company is expected to uncover the Galaxy S10, S10+, and the S10 Lite. The official pricing of these devices is not yet known, however, sources close to the company suggests that the S10(Budget) with 128GB will cost around £699 and the regular S10 will cost around £799. Whereas the S10 Plus may cost around £899.